These candidates await their fate in Phase 3 of polls

The third phase of Lok Sabha elections scheduled for Tuesday will see the maximum number of seats going to the polls in a single phase -- 117 across 15 states and Union Territories.

It will also be a test for the ruling Bharatiya Janata Party which will aim to defend the maximum number of seats at 62.

This time the BJP will be tested in its bastion Gujarat -- where polling will be held for all the 26 Lok Sabha seats in the state -- apart from Karanataka, Chhattisgarh and Uttar Pradesh, where the party had done well in 2014.

Here are some of the big political leaders' who await their fate on Tuesday. 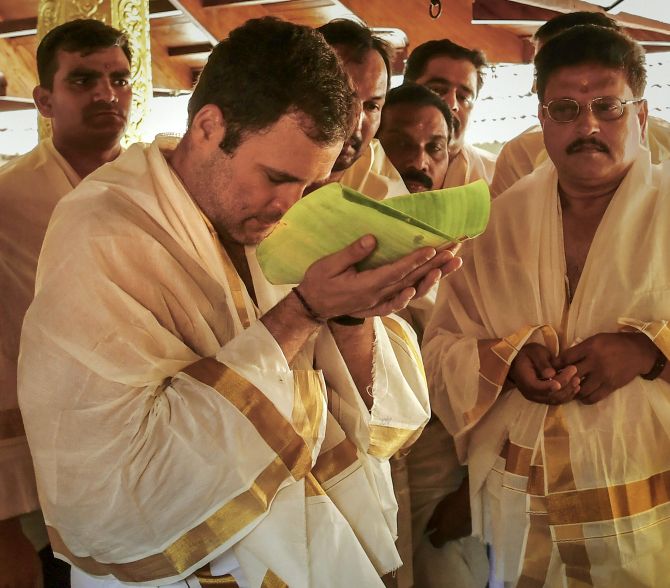 All eyes are on the Wayanad parliamentary constituency on the slopes of the Western Ghats in Kerala, chosen by Congress chief Rahul Gandhi to seek people's mandate, besides his family bastion of Amethi in Uttar Pradesh. He is facing Communist Party of India's P P Suneer fielded by Kerala's ruling Left Democratic Front in the April 23 election on the soil of legendary king Pazhassi Raja who fought a guerilla war against British colonialists. The National Democratic Alliance has fielded Thushar Vellappally of Bharat Dharma Jana Sena. 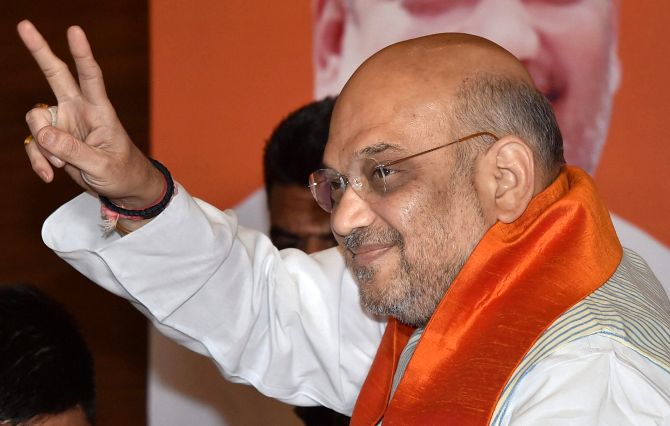 Bharatiya Janata Party chief Amit Shah is in the poll fray in Gujarat where voting for all the 26 Lok Sabha seats will be held in a single phase on Tuesday. The BJP chief is making his election debut from Gandhinagar, a constituency held by party veteran LK Advani.Shah is contesting against Congress leader and two-time MLA from Gandhinagar North CJ Chavda. 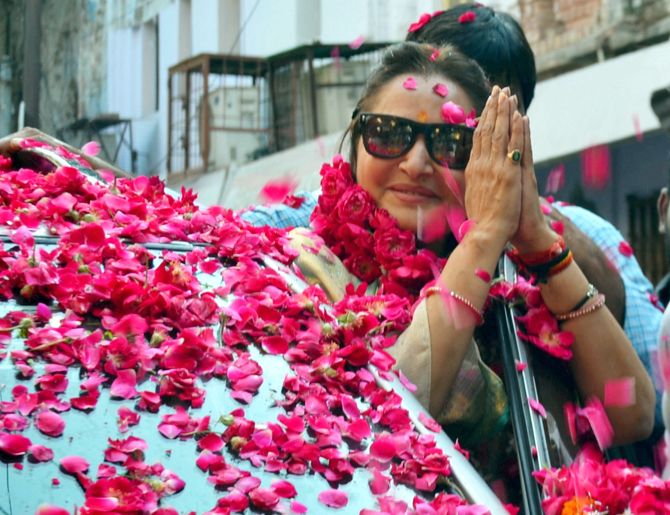 Film actor and newly-inducted into the Jaya Prada will be squaring off against Samajwadi Party's Azam Khan in Rampur in Uttar Pradesh. The contest between the one time buddies and now arch rivals was always expected to be fierce but the saga of acrimony took an ugly turn with the SP veteran's ‘khaki underwear” jibe. 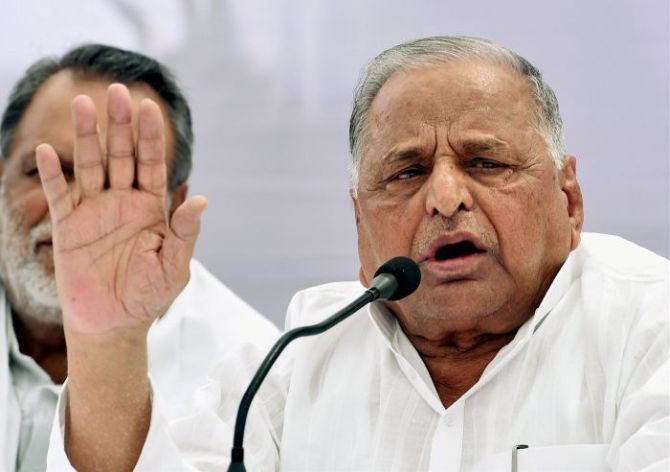 One of the safest seats for the Samajwadi Party is Mainpuri where party patriarch Mulayam Singh Yadav is the candidate. It was in Mainpuri two days ago that Mulayam Singh shared the stage with Bahujan Samaj Party President Mayawati, burying the hostilities of the past two-and-a-half decades. There are no guesses for the result in Mainpuri where Mulayam Singh remains the tallest and most popular leader. He was elected from Mainpuri in 2014 as well as Azamgarh but had chose to retain the latter. 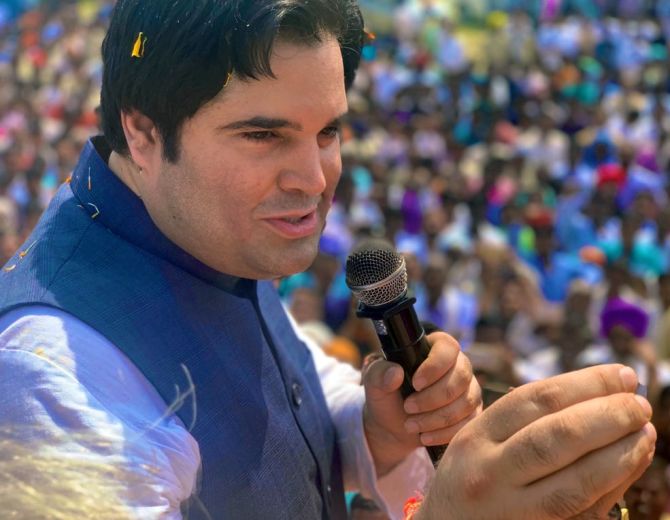 BJP MP Varun Gandhi is contesting the 2019 Lok Sabha polls from Pilibhit, from where his mother and Union minister Maneka Gandhi has traditionally contested. Maneka and Varun swapped their seats and the Union minister is now contesting from Sultanpur. Maneka had urged the BJP leadership to field Varun from Pilibhit, which is considered a relatively safe seat for her family. She is the sitting MP of Pilibhit and has been elected six time from the constituency since 1989. Varun is fighting against mahagathbandhan candidate Hemraj Verma of the Samajwadi Party. The Congress has not fielded a candidate but is backing one put up by the Apna Dal. 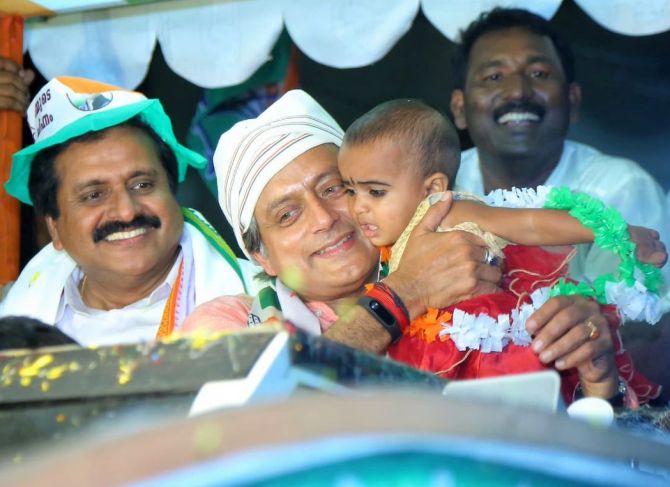 The fight for the Thiruvananthapuram Lok Sabha seat is heading to a nail-biting finish. Those seeking to win from Thiruvananthapuram, the capital city of Kerala, is incumbent Congress MP and former union minister Shashi Tharoor, senior CPI leader C Divakaran and BJP's veteran leader and former Mizoram governor Kummanam Rajasekharan as the National Democratic Alliance contestant. Even as Tharoor eyes a hat-trick win, it has to be recalled that his vote margin saw a big dip in 2014. While Tharoor defeated CPI candidate P Ramachandran Nair by almost a lakh votes margin (99,998) in 2009, five years later (in 2014) he witnessed some nail-biting moments before emerging victorious against BJP veteran O Rajagopal. The margin had come down to 15,470 by then. 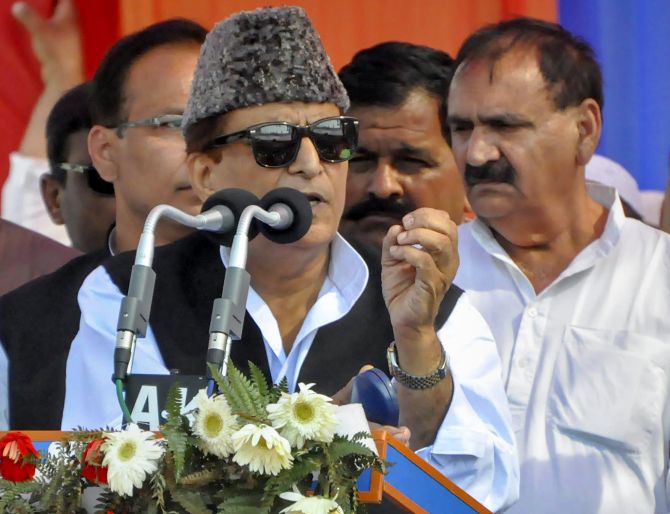 The Rampur constituency in western Uttar Pradesh has been in the headlines over the last weeks for the war of words between its two contenders - Samajwadi Party's Azam Khan and the BJP's Jaya Prada. Azam Khan is the leader who brought Jaya Prada, then a Bollywood superstar, to Rampur and helped her win Rampur Lok Sabha seat from a Samajwadi Party ticket. The relationship between the two turned sour, with Azam becoming a vocal critic of the actor-turned-politician when she came out in support of former General Secretary of the Samajwadi Party, Amar Singh. 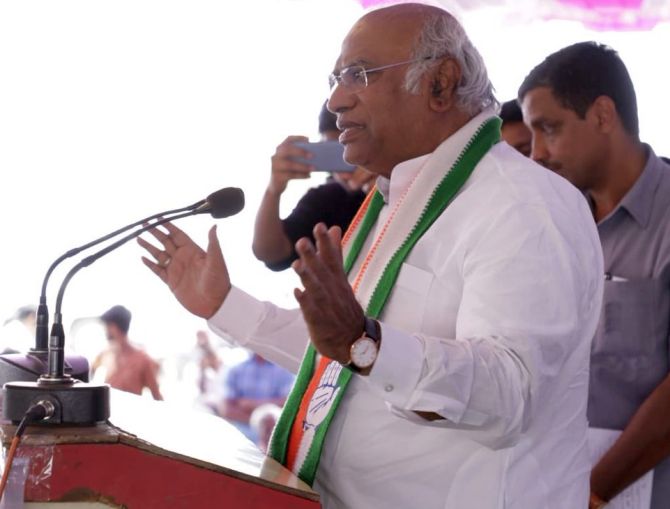 Congress leader Mallikarjun Kharge is hoping for a third straight victory from the Gulbarga Lok Sabha seat in Karnataka. But unlike the last two Lok Sabha elections, where he defeated BJP’s Revunaik Belamagi (who left the party last year), reports suggest that this time’s fight will be tougher for the veteran politician. His opponent, Umesh Jadhav, is a Congress rebel who joined the BJP and will be banking on the support of the numerically significant Banjara community.
AGENCIES
SHARE THIS STORY
Print this article 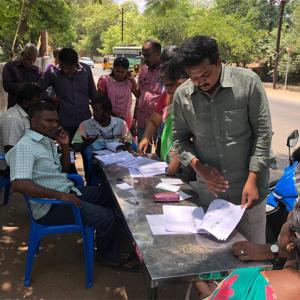 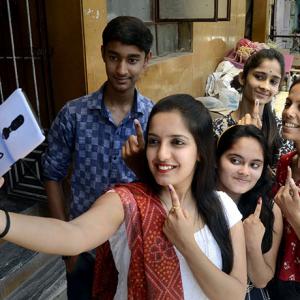