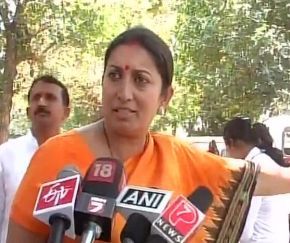 A war of words broke out between Bharatiya Janata Party candidate Smriti Irani and Preeti Sahay, the public relations officer of Priyanka Gandhi on Wednesday. The heated debate occurred after the former objected to Sahay’s presence at a booth in Jagdishpur in Amethi.

“When Smriti Irani reached booth number 210 and 211 at Thori village in Jagdishpur, she saw Priyanka Gandhi’s PRO Preeti Sahay at the booth. Irani asked her for the pass, which she could not produce. Sahay being an outsider should not have entered the booth,” said Irani’s PRO Ashok Patel.

Following the incident, BJP complained to the Election Commission about the presence of Sahay at a polling booth alleging that she was trying to influence the voters.

District Electoral Officer Jagat Raj Tripathi told PTI that acting on the complaint of Irani, Sahay was taken out of the booth by the police. “We have received a complaint from Irani. Prima facie, we found that both the persons were wrong in their own places. While Sahay should not have been inside the booth, Irani also misbehaved inside the booth,” Tripathi said.

Another complaint was made by BJP from Gunnaur village in Musafirkhana area where it alleged that some youths carrying were distributing cash among voters. “Both the boys have been detained. We have not recovered any cash from them but questioning in going on,” Hira Lal, the superintendent of police said. The detention of the two youths resulted in tense moments at the polling booths and police had to resort to light lathi charge to disperse the crowd. In the lathi charge, a BJP polling agent, Hari Shankar Singh, was injured, police sources said.

In the nearby Sultanpur constituency, from where Rahul’s cousin Varun Gandhi is contesting on a BJP ticket, some party workers alleged that police were interfering in their work. “I just told them to do their work and let the workers do their work. There was nothing else,” said Varun Gandhi when asked about the issue. 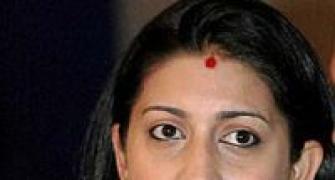 Narendra Modi gets my vote for PM's post: Smriti Irani 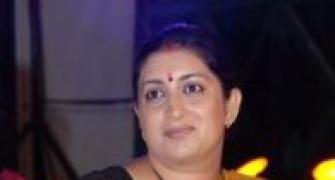 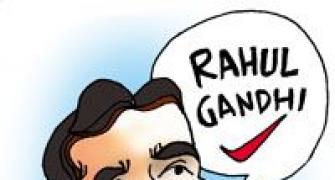 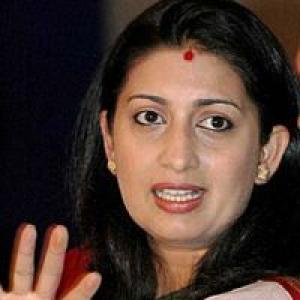 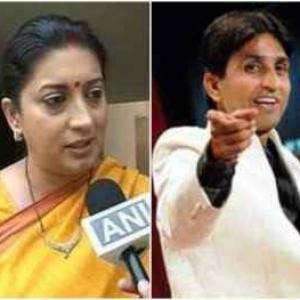