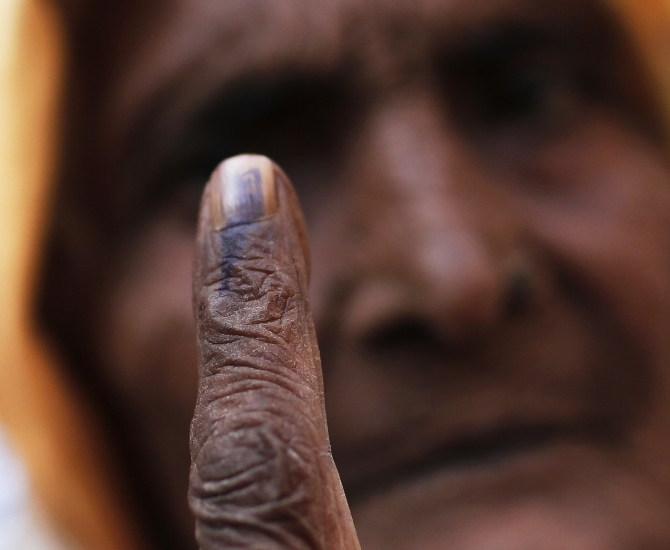 The high-stakes battle in the virtual Presidential-style contest between BJP prime ministerial candidate Narendra Modi and Congress Vice President Rahul Gandhi with a few other regional satraps also in the fray in the Lok Sabha elections begins on Monday in six constituencies in two states in the first of the nine-phased polls.

Five constituencies in Assam -- Tezpur, Kaliabor, Jorhat, Dibrugarh and Lakhimpur and Tripura (West) in Tripura – will go to polls on Monday.

Campaign has already ended in these constituencies and the candidates have mounted door-to-door contact with the electorate seeking their votes.

Unlike in the past, neither factions of the ULFA, pro or anti-talks, have issued diktats to the voters for boycott of the elections or made any statement against any political party.

Know your candidate before you vote 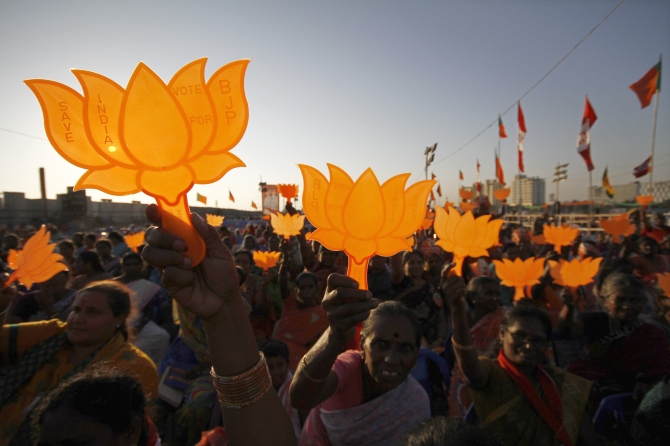 For the BJP are its state unit president Sorbananda Sonowal and Kamakhya Prasad Tasa and for the AGP Arun Kumar Sarma, Pradip Hazarika and Joseph Toppo.

A pro-talk ULFA commander Heera Sarania alias Naba Kumar Sarania, is contesting as an Independent with the support of several non-Bodo organisations there.

In the Left Front-ruled Tripura, the election will witness a multi-cornered contest among CPM, Congress, Trinamool Congress and the BJP.

In the second and third phase on April 9 and 10, a total of 93 constituencies spread across 18 states will go to polls.

On Saturday, April 12 five constituencies in three states will go for polls.

A maximum of 122 constituencies spread across 13 states will participate in the electoral exercise on April 17.

A total of 117 Parliamentary constituencies in 12 states will go for polls on April 24.

April 30 will witness Lok Sabha elections to 89 constituencies across nine states, the 8th phase of polling on May 7 will see voting in 64 constituencies in seven states.

The 9th and the last phase of general election will be held on May 12 in which electorate of 41 constituencies spread across 3 states will exercise their franchise.

Arunachal Pradesh will have single day polling on April 9 to cover two constituencies, while Assam with 14 Lok Sabha seats will have a three-day poll on April 7, 12 and 24. 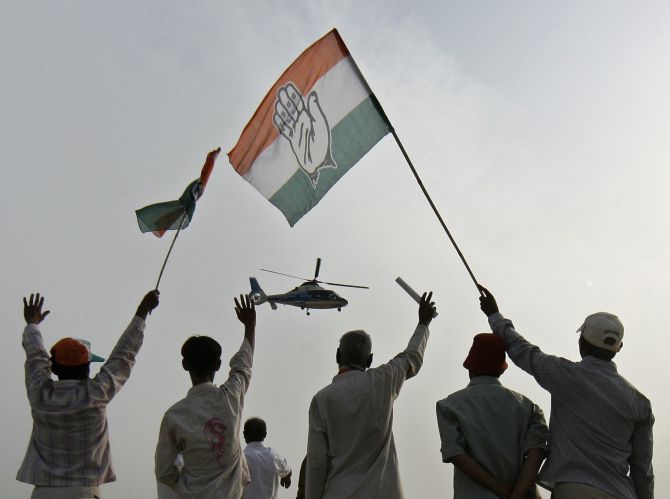 Naxal-hit state of Chhattisgarh will witness a three-day poll on April 10, 17 and 24 to elect 11 MPs, while the small state of Goa with two constituencies will have a single day polling on April 17.

Odisha (21 LS seats) will have a two day polling on April 10 and 17 to elect 10 and 11 constituencies respectively. On the same days, Assembly elections will be held on 70 and 77 assembly segments respectively. 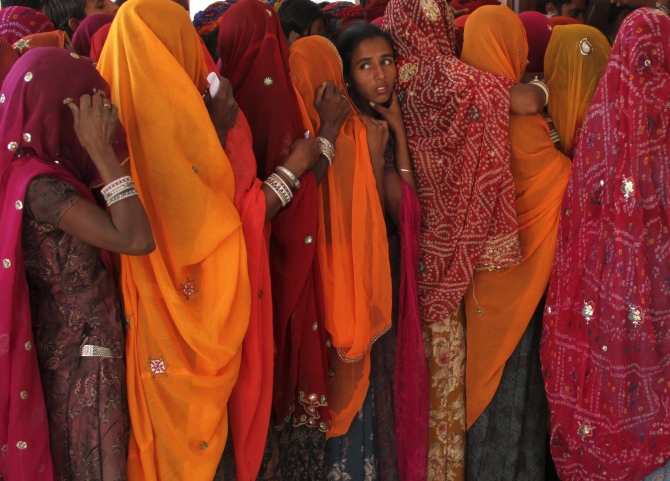 Voters in Rajasthan with 25 seats will exercise their franchise on April 17 and 24 to elect 20 on the first day and 5 MPs on the other day.

The total electorate in the country as per final published E-rolls with January 1, 2014 as the cut-off date is about 81.45 crore compared to 71.3 crore in 2009, an increase of more than 10 crore electors.