Muslims would definitely regret this: Mayawati 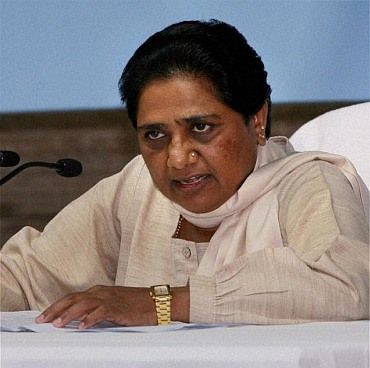 Faced with one of the worst showing in Lok Sabha elections in which her party failed to open its account, Bahujan SamajSP chief Mayawati on Saturday said the parties which had supported the UPA at the Centre faced the anger of the people towards the Congress-led alliance.

"The unprecedented success of BJP in the 16th Lok Sabha elections indicates that the parties which supported the UPA at the Centre to check communal forces had to pay for the anger which the people of the country had for the UPA policies," Mayawati told media persons in Lucknow.

The BSP chief did not see any wrong in her party's strategy and policy for the polls and was confident that her Dalit votebank was intact.

For the bad showing of her party in the polls, she blamed the misleading propaganda of BJP and other parties, confusion among the Muslims, OBCs and upper castes and efforts of the saffron party to communalise the atmosphere.

"This time, our party has not managed to win a single seat in the country. Our party feels that the BJP, Congress, the SP and other political parties' planned conspiracy and strategy and different types of propaganda is responsible for it," she said.

Mayawati alleged that in Muslim-dominated areas of western Uttar Pradesh, BJP's state in charge Amit Shah made "inflammatory speeches out of conspiracy" to give a communal colour to the polls following which majority of backward and upper castes which were with BSP gave votes to BJP.

She said that due to the tactics of Congress and Samajwadi Party, majority of Muslim votes went to SP which also benefited BJP.

She claimed that majority of Muslims, backward castes and upper castes got confused and did not vote for BSP.

"Muslims would definitely regret it and it is well known that they first get confused and later regret it and this is not in their favour," she said.

She said that BJP succeeded by "capitalising on the follies of Congress".

"...But the people would regret it in days to come as the party have made tall promises which it would not be able to fulfil," she said.

She, however, claimed that her Dalit vote base remained intact and "stood by her like a rock".

She said that due to Dalits' support her party stood second in 34 seats and the number of votes polled in its favour had also gone up.

Stressing that there would not be any shift in her "social engineering formula", she said BSP would also bring other castes with it and see that they have the same kind of strong and missionary zeal for its ideology that Dalit cadres have.

To a question, she said BSP does not indulge in politics of Dalits but of the "Sarv Aamaj" but it is always better that a political party has its vote base which in her case are Dalits.

On BJP's success, Mayawati said, "Although BJP has got 71 seats in UP, I would like to say that it should pay heed to the fact that it has polled only 42 per cent votes which means that 58 per cent people voted against it and more than half of the voters have rejected them."

Asked about performance of SP and Congress in the state, which have both managed to win seats from where the Yadav and Gandhi family members were in the fray, BSP chief reiterated that they had an understanding among them following which the former did not field its candidates in Rae Bareli and Amethi.

Mayawati also convened the national level meeting of her party on May 20 to chalk out future strategy and sharpening her policy.

Source: PTI© Copyright 2022 PTI. All rights reserved. Republication or redistribution of PTI content, including by framing or similar means, is expressly prohibited without the prior written consent.
Related News: BJP, BSP, UPA, Congress and Samajwadi Party, Dalit
Print this article 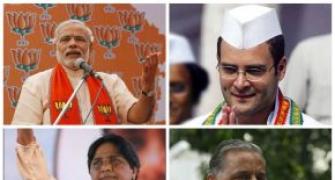 Who will come out on top in Uttar Pradesh? 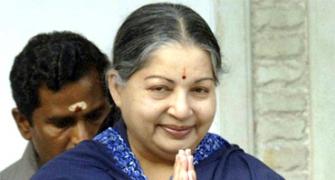 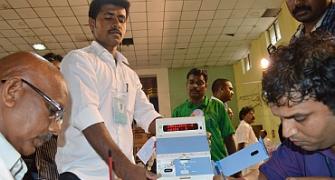 Election 2014: 3 pc votes, but only 3 seats for Independents 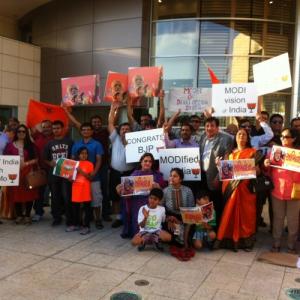