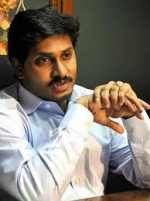 “Narendra Modi factor did play a role and people believed that TDP president Chandrababu Naidu’s false promises,” he said, adding, “We will be in the opposition. We will fight for the cause of the people.”

He indicated that the party was eyeing the 2019 elections. He said that the YSR Congress started its political journey with merely one member of Parliament and one member of the legislative assembly after which it enhanced its strength to 20 MLAs and two MPs. “Today, we have 10 MPs and 70 MLAs. So, in another five years, we are going to come back. This is my message to my cadre,” Reddy said.

He conceded that fielding his mother Vijayamma, who is also the president of the YSR Congress party, was a wrong move. “We saw the Narendra Modi wave and it had to be countered. We took a few decisions. A few misfired,” Reddy said.