Narendra Modi has expressed readiness for a probe by any government agency to be completed within 30 days into charges by Congress leaders that he had spent Rs 10,000 crore on poll publicity and offered to write to the Election Commission himself in this regard.

The Gujarat chief minister termed as a "lie" Rahul Gandhi's charges that he had given farmers' land to industrial houses in the state at throwaway prices.

In an interview to India TV, the BJP's prime ministerial candidate was asked about allegations by Congress leaders, particularly Union minister Anand Sharma, that he had spent a whopping Rs 10,000 crore on publicity during the ongoing elections, out of which 90 per cent was black money.

"Rs 10,000 crore is a big amount. The government has all the agencies. They should ask whose money is this. From where did it come and where was it spent," Modi replied.

He said the probe should be conducted within 30 days so that the truth is presented before the nation.

Modi said if there is any basis for the allegations, Sharma should write to the Election Commission so that the poll body also conducts a probe to ascertain how much BJP spends on publicity and how much of it was black money.

"If there is a hurdle of election model code of conduct in ordering a probe by the government, I will myself write to the Election Commission saying that I will have no objection if the government wants to conduct a probe into the matter," he said in the interview to Rajat Sharma for Aap Ki Adalat programme.

On Rahul Gandhi's allegations that he had given farmers' land to big industrial houses at throwaway prices, Modi said it was a "lie" and motivated by political considerations.

He referred to Tata's Nano project and said not even an inch of land was given for free.

Responding to Rahul Gandhi's jibe that "Modi can sell a comb to a bald man", the BJP's prime ministerial candidate quipped that he had never sold combs but indeed he had sold tea.

"Rahul Gandhi's remark shows the fear in Congress that Modi can do even this," he added.

Attacking Congress, Modi said, "Its slogan should be 'har haath loot, har honth jhoot (every hand loots, every word is a lie).

On the controversy related to his refusal to wear a skull cap offered by a Muslim cleric a few years back, Modi said, "If wearing a cap were to be seen as a symbol of unity, then I never saw Mahatma Gandhi, Sardar Patel or Pt Jawaharlal Nehru wearing such caps."

He went on to add, "Actually a bad practice of appeasement has crept into Indian politics.

"My job is to respect all religions and traditions of all. I live my tradition and respect tradition of others. This is why I cannot fool people by posing for photographs wearing a cap. But if anybody tries to malign me, I keep that in mind to ensure harsh punishment for him."

Favouring uplift of Muslims, Modi said, "I believe that those wearing caps should have computers even when they have a Quran in their hand."

He also responded to the controversy generated by his 'puppy' comment in the context of killing of Muslims during the Gujarat 2002 riots.

Modi, who his facing the taint over the 2002 riots, insisted that he did not call anybody a 'puppy' but was only expressing sympathy.

To buttress his argument, Modi said, "There is a saying that one is pained even if an ant dies. Now, if somebody says that I am calling a human being an ant, it is their problem."

On the remarks by Samajwadi Party leader Azam Khan describing Modi as "elder brother of a dog", the Gujarat chief minister said, "People give example of a dog's loyalty. If my loyalty benefits the country, then I will be happy."

He rejected the allegations of dividing the country, saying the country is harmed by those who do politics on the basis of caste and appeasement.

Responding to Rahul Gandhi's jibe that BJP's "balloon" will burst like the 'India Shining' campaign of 2004, Modi said Congress had been using such a plank in all the three assembly elections "but what happened?"

On the allegations that the development of Gujarat was a fake hype, the chief minister said if it were a lie, it would not sell before the people of the state who have been electing him consecutively.

"Those accusing me of creating a fake hype about development of Gujarat should realise that it can sell for a brief time in (other states like) West Bengal, Uttar Pradesh or Rajasthan but not before the people of Gujarat," he said.

He said elections in Gujarat are contested on the plank of development and if political parties have the guts, they should discuss this. 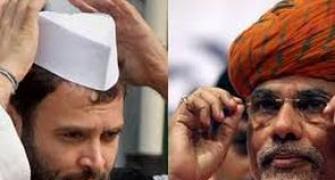 Modi has never lied on his marital status: BJP 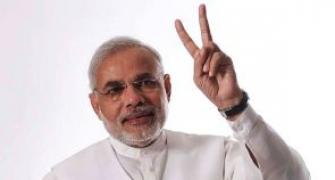 Deserted wife fasts and prays for Modi to become PM 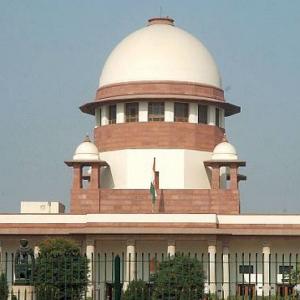 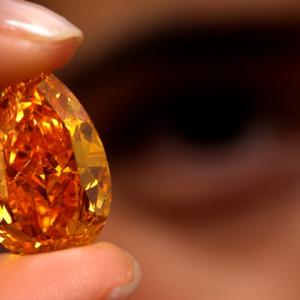