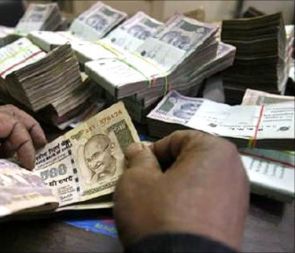 Aam Aadmi Party on Saturday challenged Congress and the Bharatiya Janata Party to disclose the names of the people from whom they have got more than 80 per cent of their funds being spent in the Lok Sabha election campaign.

"The silence of these two parties on the Delhi high court's judgement which held them guilty of accepting foreign funds in violation of the Foreign Contribution (Regulation) Act makes it clear that the Congress and the BJP are hand in glove on the issue of taking huge financial favours from corporate houses in return of providing them undue benefits wherever these two parties are in government," AAP said in a press release.

The Delhi high court had on Friday directed the authorities to take action against Congress and BJP for receiving donations from United Kingdom-based Vedanta Resources' subsidiaries on the ground that it violates laws.

AAP demanded that Election commission of India should monitor the probe into the foreign funding of Congress and BJP, stating that the Home Ministry, which had virtually given a "clean chit" to these two parties, cannot be expected to complete an impartial investigation.

"The EC, which has taken concrete steps in curbing the use of black money in elections, should treat this case as an example to come down hard on the corporate-political nexus, exposed by the landmark high court judgement," AAP said.

The release further stated that the funds received from the Indian subsidiaries of England based Vedanta Resources by the Congress and BJP raised serious allegations of conflict of interest and bribery.

"These allegations cannot be brushed under the carpet and the AAP demands that the EC should seek all details from these parties about all clearances provided by their governments to these companies and when did they receive funds from these companies," it added.

In a series of questions, AAP asked congress and BJP to come clean on crores of rupees received as donations from foreign sources during a certain period of time.

"Can BJP deny that it has even received foreign funds from the Dow Chemical Company, which acquired the Union Carbide Corporation, that was responsible for India's worst industrial disaster -- the 1984 Bhopal Gas Tragedy?," it added.

"Why is Home Minister Sushilkumar Shinde silent after the Delhi high court found his ministry to be giving a wrong explanation on the foreign funding of the Congress and the BJP?," AAP said.

"The Delhi high court's judgement on the petition jointly filed by EAS Sarma (former secretary in the central government) and the Association for Democratic Reforms, makes it clear that the home ministry and the Election Commission have to take action against these two parties. The high court judgement has come at a very crucial time, when the campaigning for the Lok Sabha elections is in full swing," the statement said.