Low pressure build-up in the liquid hydrogen tank that fed the cryogenic engine due to a faulty valve has been identified as the reason for the failure to put India's first Geo Imaging Satellite-1 into orbit in August last year, a report has revealed. The failure analysis committee set up by Indian Space Research Organisation found that the GISAT-1 mission failed owing to a damage in the soft seal in a critical valve which resulted in lower pressure in the rocket's liquid hydrogen tank, the space agency said on Friday.

The FAC found that the failure happened when the Geosynchronous Satellite Launch Vehicle rocket's cryogenic engine was to kick in to take the rocket forward.

The GSLV-F-10 rocket had lifted off normally from Sriharikota on August 12 last year but the mission had to be aborted 307 seconds later as the launch vehicle veered off its charted course.

"The FAC concluded that the lower LH2 tank pressure at the time of CUS (cryogenic upper stage) engine ignition, caused by the leakage of vent and relief valve resulted in the malfunctioning of the fuel booster turbo pump, leading to mission abort command and subsequent failure of the mission,"the ISRO said.

"The most probable reason for the leakage of VRV is attributed to the damage in the soft seal that could have occurred during the valve operations or due to contamination and valve mounting stresses induced under cryogenic temperature conditions," it added.

The space agency said the FAC observed that a deviation in performance of the cryogenic engine was observed at 297.3 seconds after lift-off due to which the onboard computer aborted the mission at 307 seconds.

According to it, the ground servicing of the cryogenic stage/engine was normal and the required lift-off conditions were achieved.

However, subsequent to lift-off, the FAC observed that the build-up of pressure in the propellant (liquid hydrogen or LH2) tank during the flight was not normal leading to a lower tank pressure at the time of ignition of the engine, the ISRO said.

"This resulted in anomalous operation of the fuel booster turbo pump mounted inside the LH2 tank which feeds the main turbopump of the engine resulting in insufficient flow of liquid hydrogen into the engine thrust chamber," the ISRO said.

According to the ISRO, detailed studies indicate that the most likely reason for the observed reduction in LH2 tank pressure is a leak in the respective VRV, which is used for relieving the excess tank pressure during flight.

Computer simulations as well as multiple confirmatory ground tests, closely simulating the conditions in the GSLV-F10 flight, validated the analysis by the FAC, the space agency said.

According to the ISRO, the FAC has submitted comprehensive recommendations to enhance the robustness of the cryogenic engine for future GSLV missions.

The recommendations include an active LH2 tank pressurisation system to be incorporated to ensure sufficient pressure in the LH2 tank at the appropriate time before engine start command, strengthening of VRV and associated fluid circuits to avoid the possibility of leakage along with the automatic monitoring of additional cryogenic stage parameters for giving lift-off clearance. 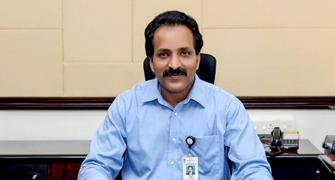 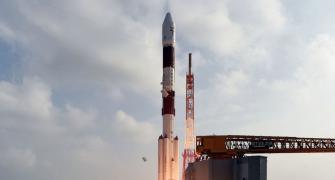