Life limping back to normalcy in Shillong, but curfew re-imposed

Life was limping back to normalcy in Meghalaya’s capital with no fresh clashes reported even as authorities re-imposed curfew in the entire city on Tuesday evening as a precautionary measure. 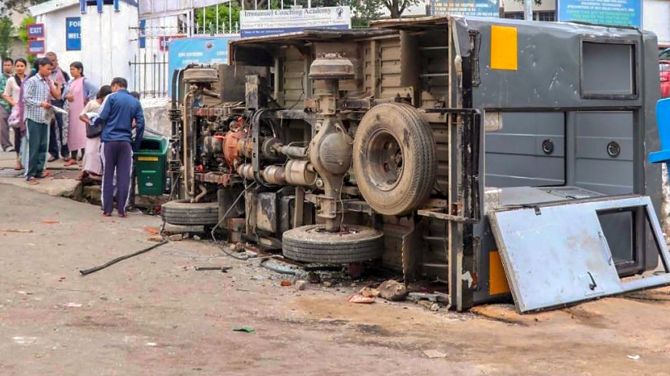 IMAGE: A damaged UTI bus lies on a roadside after clashes between the residents of the citys Punjabi Line area and Khasi drivers of state-run buses in Shillong. Photograph: PTI Photo

The hill town has been in the grip of violence since Thursday following a clash between the Sikh residents in Shillong’s Punjabi Lane area and the Khasi drivers of state-run buses.

The 14 vulnerable localities under Lumdiengjri police station and Cantonment Beat House have been perpetually under curfew since June 1.

But, in rest of the city, after relaxation of prohibitory order for nearly 11 hours, it was clamped again from 4 pm on Tuesday till 5 am Wednesday like it was done on Monday, East Khasi Hills Deputy Commissioner P S Dkhar said.

Paramilitary personnel continued to patrol the city and the army which had conducted flag march for the third time last night, has been kept on standby.

There was no report of fresh clash from any part of the city, Dkhar said.

“Over 90 per cent shops in Police Bazaar, and parts of Bara Bazaar opened this morning. People were seen buying supplies at the two marts. Taxis were also plying on thoroughfares, but buses still remained off roads,” he added.

The top official said the home department was yet to take a call on restoring internet and messaging services in the state capital.

It may be recalled that Punjabis were brought here 200 years ago by the British to work.

Criticising the Bharatiya Janata Party-backed Meghalaya Democratic Alliance government, the Congress demanded a judicial inquiry into the incident that took place at the Punjabi lane area of the city and snowballed into five days of clashes between protesters and the police.

We urge upon the state government to immediately constitute a judicial inquiry and further proceed as per the provisions of the law to restore peace, Leader of Opposition Mukul Sangma told reporters after the meeting at his residence.

Pointing to media briefing of the General Officer in Charge of 101 Area of the army just before the flag march on Monday night, Mukul Sangma said “if Union ministry of home affairs is calling the shots for office of the chief ministers or state Home department, it is a very dangerous trend. This demonstrates lack of competency of this government.”

He claimed it will take a long time to restore the name and fame of the city after the violence.

Earlier in the day, National Commission for Minorities member Manjit Singh Rai arrived to investigate into the clashes that erupted after a bus handyman and two other were assaulted at the city’s Punjabi Lane fanned by fake news.

Rai will meet officials of the home department, among others, tomorrow to take stock of the situation and will also visit the Gurudwara in the area , an official attached with the Commission member said.

Meanwhile, tourism continues to remain a big casualty due to clashes in the picturesque hill city, with hotels witnessing cancellation of prior bookings.

Manager of Hotel Centre Point said that they had full booking of rooms for Monday and Tuesday “but only 10 per cent of guests have checked in.”

The state government after an all party meeting on Monday formed a committee to look into the issue of relocating Punjabis of the colony.

A five member delegation of the United Sikh Organisation on Tuesday said any proposal of shifting the people of Punjabi Colony from Them Metor at Bara bazaar in the city was not acceptable to them.

USO member Mohinderjit Singh told media persons after the delegation’s meeting with Home Minister James PK Sangma that the Sikh population has never been asked to leave even from Afghanistan or Pakistan.

He said the Sikh community has been residing in these countries for more than 100 years.

We have never been asked to leave even in countries like Iran and Iraq, Singh said.

He also informed that the delegation members requested the home minister to allow the top chiefs of the Sikh community to have a meeting with the local Sikhs here to understand their problems and resolve the crisis in a peaceful manner. 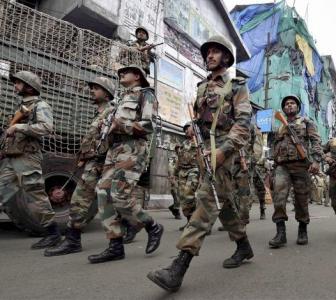 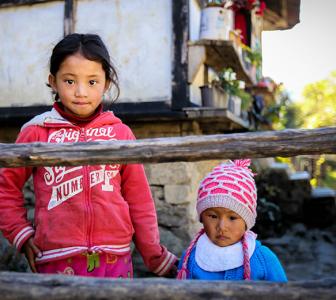 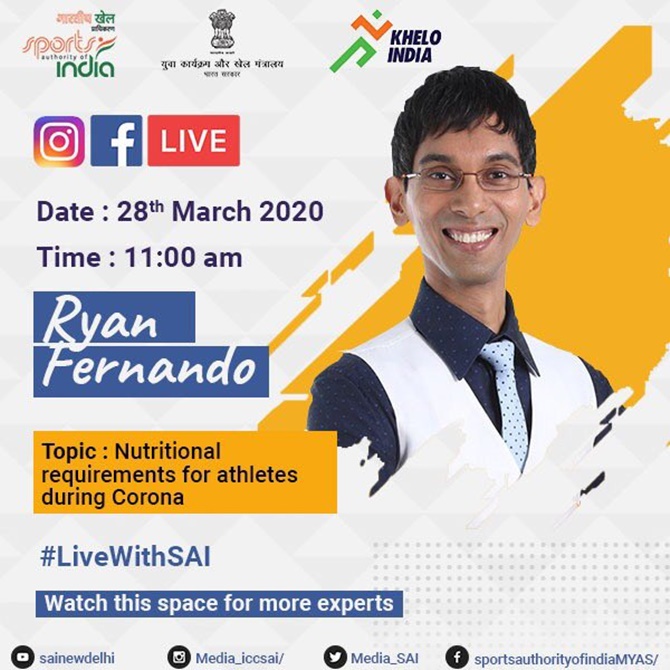 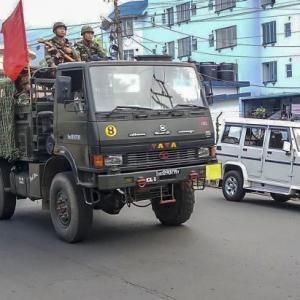