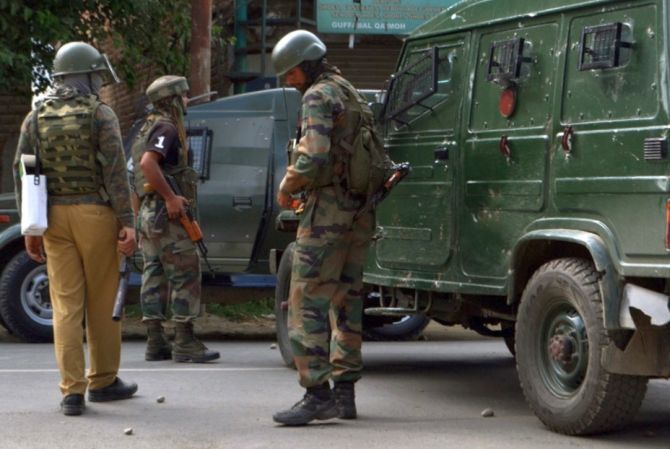 Two Lashkar-e-Tayiba terrorists, including the terror outfit’s self-styled divisional commander Shakoor Dar, were killed in an encounter with security forces, while another surrendered, in Kulgam district of south Kashmir on Sunday, police said.

The police said that a tip-off had been received about the presence of some terrorists at Cheddar village in Qaimoh of Kulgam district on Sunday afternoon, after which a crack team of the Jammu and Kashmir Police, along with the army and the Central Reserve Police Force, cordoned off the suspect house.

Appeals were made to the terrorists to surrender but they opened fire at the security forces, triggering a gunfight, the police said.

Shakoor Dar, a self-styled divisional commander of the LeT, was killed in the encounter along with another terrorist.

The identity of the second terrorist killed in the encounter was yet to be ascertained. He is believed to be a Pakistani national, according to the police.

The third terrorist surrendered before the forces, along with arms and ammunition.

“We followed the standard operating procedure during which two terrorists were killed and one, who had joined militancy recently, surrendered. He has been taken into custody,” Inspector General of Police (Kashmir Range) Swayam Prakash Pani said.

The identity of the surrendered terrorist was not revealed.

As the encounter was on, clashes between groups of youths and security forces were reported from the area, a police official said, adding the security forces had to use force to quell the protests.

Security forces have been carrying out operations to sanitise the Jammu-Srinagar national highway ahead of the annual Amarnath pilgrimage, beginning June 28, a senior police official said.