Paes, Sania toil before progressing at US Open 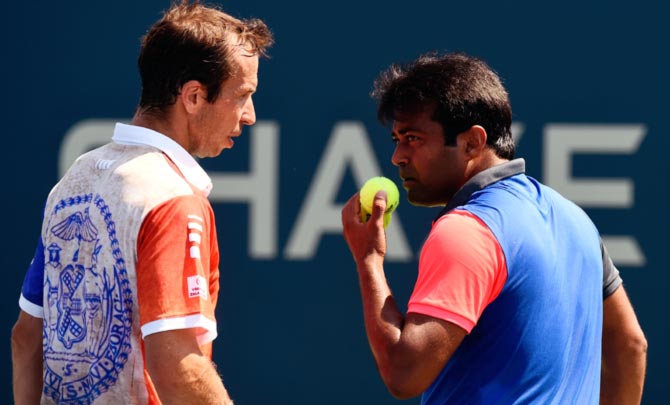 Defending champions Leander Paes and Radek Stepanek had to work hard to cross the first round hurdle in the men's doubles even as Sania Mirza advanced in both the mixed and doubles events at the US Open, in New York, on Wednesday.

The sixth seeded pair of Paes and Stepanek overcame a spirited challenge from Italian pair of Simone Bolelli and Fabio Fognini 7-6(5), 6-2.

They next face unseeded combine of Yen-Hsun Lu from Taipei and Jiri Vesely of the Czech Republic. 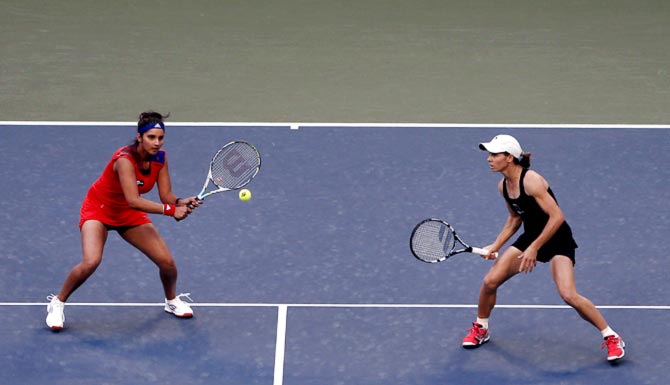 In the mixed doubles, top seeded pair of Sania Mirza and Bruno Soares quelled the challenge of the American team of Tornado Alicia Black and Ernesto Escobedo 6-2, 3-6, 10-5 in a gruelling first round contest.

Sania's victory came after she and Cara Black, seeded third in the women's doubles, routed Czech pair of Karolina Pliskova and Kristyna Pliskova 6-3, 6-0.

Rohan Bopanna and Leander Paes are scheduled to play their first round mixed doubles match on Friday.

Bopanna, who has already crashed out of the men's doubles, has paired with Slovakia's Katarina Srebotnik. They have been seeded sixth and face American challenge of Lauren
Davis and Nicholas Monroe.

Paes and Cara Black have been seeded third and they are pitted against Germany's Anna-Lena Groenefeld and Jean-Julien Rojer of the Netherlands. 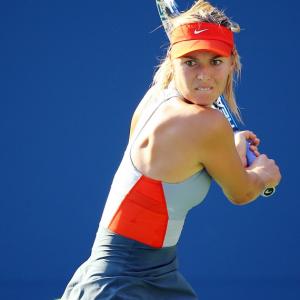