In a defiant stance, Sri Lanka said on Thursday that it would not allow a United Nations panel to enter the country to investigate alleged human rights abuses during the last stages of the country's civil war, which could put the country in a confrontation course with the world body.

"We will not allow the UN Panel (on Sri Lanka) to enter the country. We may not issue them visas," External Affairs Minister Gamini Lakshman Peiris told journalists.

He termed as "unnecessary" UN Secretary General Ban Ki-moon's appointment on Tuesday of the three-member panel to advise him on any violations of international human rights.

Stating that Sri Lankan President Mahinda Rajapaksa had already set up a Commission on "Lessons Learnt and Reconciliation" under the Commissions of Inquiry Act, a statutory regime available under Sri Lankan law Peiris said the UN panel would not serve any purpose.

The UN announced Tuesday that the Secretary-General Ban Ki-moon had set up a three-member panel to look into alleged human rights violations during the final stages of the war against the Liberation Tigers of Tamil Eelam in Sri Lanka.

The panel is headed by Indonesia's former attorney general Marzuki Darusman, and has two other members Yazmin Sooka of South Africa and Steven Ratner, a lawyer from the United States.

"We feel the panel is an unnecessary interference. The government should be given a free space to make its own findings," Peiris said.

The Ministry earlier issued a statement saying that the Government of Sri Lanka strongly opposed the appointment of the UN human rights panel.

Sri Lanka was ravaged by the scourge of terrorism for over 30 years, it said.

"The people of Sri Lanka have, during this period, suffered violence and terror of unimaginable proportions, unleashed on them by the LTTE," the statement said.

After a long and difficult struggle the Government of Sri Lanka has successfully rid the country of "terror" and is in the process of rebuilding the lives of her people, it said.

The Government is confident that the Lankan Commission appointed would make a most significant contribution to the further strengthening of national amity, through a process of restorative justice, it added.

"Sri Lanka is a sovereign state with a robustly independent judiciary and a tried and tested system for the administration of justice," it said adding Sri Lanka has consistently promoted and protected human rights.

"Indeed, this has been explicitly acknowledged by legitimate organs of the United Nations system," it said.

Terming the setting up of UN panel as "interference", the government statement claimed it has potential for exploitation by vested interests hostile to the process of reconciliation taking place in Sri Lanka.
Source: PTI© Copyright 2020 PTI. All rights reserved. Republication or redistribution of PTI content, including by framing or similar means, is expressly prohibited without the prior written consent.
Related News: Sri Lanka, UN Panel, Liberation Tigers of Tamil Eelam, Gamini Lakshman Peiris, United Nations
SHARE THIS STORY
Print this article
NGO's can't dictate terms to us: Lankan FM
India out of tri-series after loss to Sri Lanka 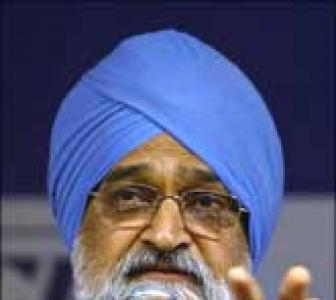