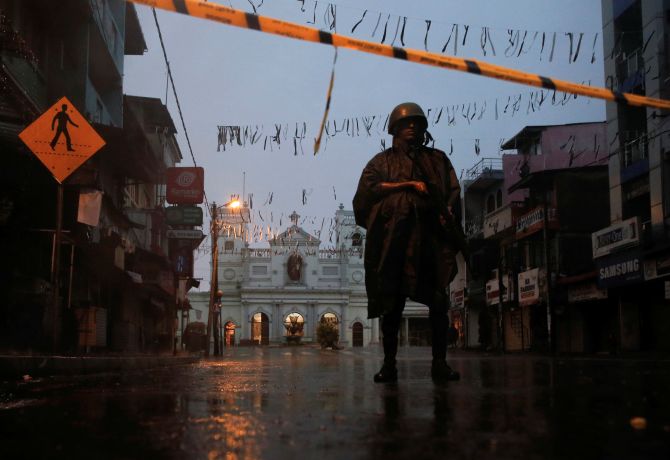 The Sri Lankan police on Tuesday announced that three suspects were arrested along with a van connected to the devastating Easter Sunday bombings from the country's North Central Province.

The suspicious van was wanted over the terror attacks and was taken into custody at Sungavila in Polonnaruwa town, Ruwan Gunasekara, police spokesperson, said.

They said the van which bears the licence plate 'EP PX 2399' was taken into custody along with the three suspects.

The van was parked in the garden of a home in the area and further investigations are being carried out.

Last week, Sri Lanka placed all police stations in Colombo on high alert as police were hunting for an unidentified container truck and a van, believed to be carrying explosives.

A warning was issued by the Director of Security at the Colombo Harbour said intelligence had found information that an unidentified container truck and a van carrying a potential explosive device was heading towards Colombo.

A total of 106 suspects, including a Tamil medium teacher and a school principal, have been arrested in connection with the Easter Sunday blasts.

Powerful blasts ripped through three churches and as many luxury hotels on Easter Sunday, killing 253 people and injuring more than 500 others.

The Islamic State claimed the attacks, but the government has blamed local Islamist extremist group National Thowheeth Jamaath (NTJ) for the attacks.

The Sri Lankan government on Tuesday lifted a nationwide social media ban imposed to curb the spread of misinformation after the blasts.

According to the information department, President Maithripala Sirisena has instructed the Telecommunications Regulatory Commission (TRC) to lift the ban on Facebook, WhatsApp, YouTube and other popular platforms from April 30.

The government has asked the public to share content on social media sites with 'utmost responsibility' while bearing in mind the current situation of the country, the Sunday Times reported.

Social media had remained blocked in Sri Lanka where a string of powerful blasts tore through three churches and as many luxury hotels on April 21, killing 253 people and injuring more than 500 others.

The government said it blocked social media in the wake of the Easter Sunday attacks to curb the spread of misinformation among the public.

With the death of two more Chinese nationals, the number of foreigners who died in the massive bombings rose to 42, including 11 Indians, according to the Sri Lankan foreign ministry.

Sri Lankan Foreign Ministry, in a statement, said that as of Monday April 29, the number of foreign nationals who have been killed in the attack rose to 42.

Another 12 foreigners remain unaccounted for and could be among still unidentified bodies at Colombo's police morgue, the statement said.

Previously authorities had said that 40 foreign nationals were killed.

'Human remains of 25 foreign nationals have been repatriated by Monday evening,' the ministry said in a statement. Five wounded foreigners were still in hospital.

Church services to resume from May 5: Cardinal

Public mass in the terror-hit country would resume in certain Catholic churches from May 5 and no bags will be allowed inside as part of the tight security measures, according to Cardinal Malcolm Ranjith.

All public church services were cancelled after the blasts.

The prelate said on Monday that vigilance committees formed by the residents of the parish would be responsible to identify individuals who enter their respective churches and parishioners will have to confirm their identity before entering a church.

The cardinal, who conducted a private memorial mass on Sunday fearing repeat of the Easter attacks, told media that bags will not be allowed to be taken inside the churches owing to security measures. 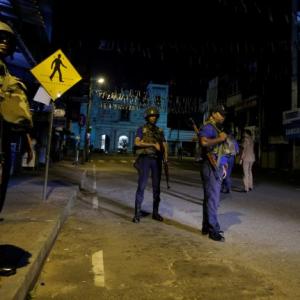