Sri Lanka's Catholic churches on Thursday suspended all public services until the security situation improves as the head of the church urged politicians to leave aside differences to rebuild the country struck by the Easter Sunday bombings that killed nearly 360 people. 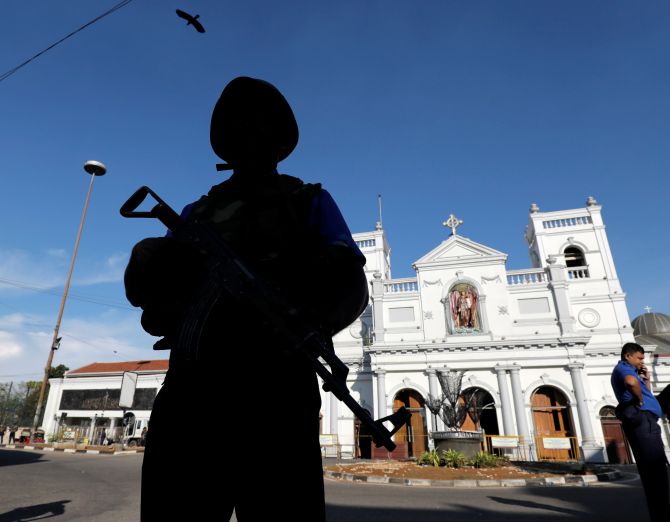 Cardinal Malcolm Ranjith, the head of the local Catholic church, said that Easter Sunday's attacks were coordinated by an organised group with powerful nations behind them and also noted that these attackers had no religion.

All Catholic churches were asked to stop public mass until the security situation improves, Cardinal Ranjith's office quoted him as saying.

"There will be no public mass said until further notice," an official said.

He urged the government to leave aside all political differences and work together at this time to rebuild the country again.

Sri Lankan media and some ministers have criticised the rift between President Maithripala Sirisena and Prime Minister Ranil Wickremesinghe after it emerged that authorities had prior intelligence from India and the United States about the possible attacks by the National Tawheed Jamath jihadist group.

Nine suicide bombers, believed to be the members of a local Islamist extremist group NTJ, carried out a series of devastating blasts that tore through three churches, two of them Catholic, and three luxury hotels packed with Easter worshippers on Sunday.

Security has been beefed up in Sri Lanka as the army increased its deployment by 1,300 to 6,300, with the navy and airforce also deploying 2,000 more personnel.

Also, drone flights were banned and licences issued to commercial operators were suspended with immediate effect.

The Sri Lankan authorities Thursday intensified their raids with the help of the army and arrested 16 more suspects in connection with the country's worst terror attack that killed nearly 360 people and left over 500 injured.