Jailed Rashtriya Janata Dal chief Lalu Prasad Yadav was shifted to All India Institute of Medical Science-Delhi in an air ambulance on Saturday after his health condition deteriorated while undergoing treatment at a hospital in Ranchi, officials said. 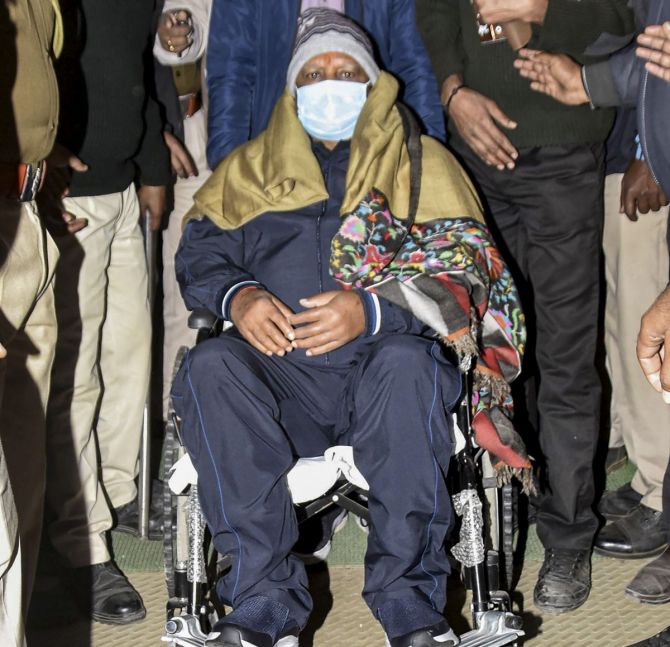 Yadav, 72, convicted in fodder scam cases, was undergoing treatment at the Rajendra Institute of Medical Science (RIMS) in Ranchi for multiple ailments.

"Lalu Prasad Yadav is having trouble breathing for the last two days. On Friday, he was found to be having pneumonia.

"Considering his age, we have decided to shift him to AIIMS-Delhi on the advice of doctors for better treatment," RIMS Director Dr Kameshwar Prasad told PTI.

As per recommendations of a medical board, Prasad was given permission for treatment at AIIMS-Delhi for about a month, State Inspector General of Prisons Birendra Bhushan said.

Based on the weekly health updates that will be received from AIIMS-Delhi, he may also be allowed to stay for an additional duration if needed, he said.

They had arrived at Ranchi on Friday night and met Prasad.

Tejashwi told reporters that his father's condition was worrisome. He also met Chief Minister Hemant Soren at his residence during the day.