Bihar Chief Minister Nitish Kumar and RJD supremo Lalu Prasad Yadav met Congress president Sonia Gandhi in New Delhi on Sunday and later asserted that there was a broad agreement over taking on the Bharatiya Janata Party unitedly in 2024 but a concrete plan would be formulated only after a new Congress chief is elected. 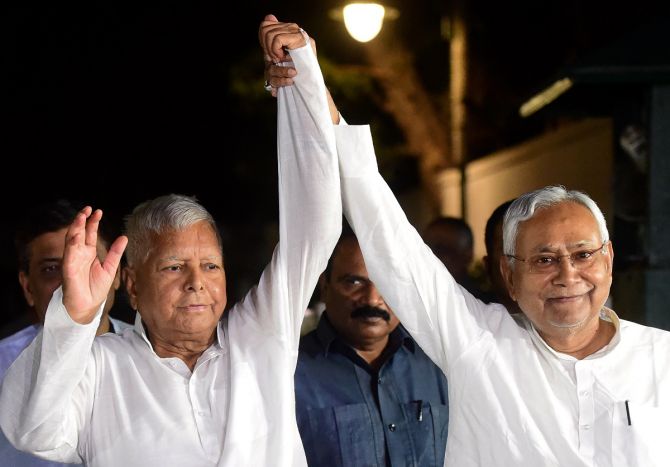 The meeting at Gandhi's 10 Janpath residence was seen as very crucial in forging an Opposition unity with efforts on to reconcile differences between the Congress and some regional parties that have been at loggerheads traditionally.

This was Kumar's first meeting with Gandhi since he severed ties with the BJP and joined hands with the RJD and the Congress to form the government in Bihar in August. Notably, the three leaders were meeting together after over five years.

This was also Lalu Prasad's first active political engagement in a long time. He has been ailing for some time now.

Speaking with reporters after meeting Gandhi, Kumar said they held talks with the Congress president as it was their view that Opposition parties should come together and work for the progress of the country in the future.

"We held talks on these matters... But there are presidential elections in the Congress and only after that she (Sonia Gandhi) can say something," he said.

He said there was broad agreement on an Opposition unity to take on the BJP but a concrete plan of action could be formulated only after Congress president polls.

"We will hold further talks after the Congress organisational elections," he said.

Echoing similar views, Lalu Prasad said, "We have to remove the BJP and save the country. For that, we all have to come together in the same manner as we have done in Bihar and dislodged the BJP from there, the response to that is being seen in the whole country."

"We all are united. We told Sonia Ji that Congress is the biggest party and all should be called and talks held and bid adieu to them (BJP) in 2024," he said.

Lalu Prasad said Sonia Gandhi has told them that AICC president elections are going to take place and then they will meet again after the polls when all can sit together along with the new Congress president.

"There is agreement, the Congress has always been opposed to the BJP. The country is going towards dictatorship. There is poverty, unemployment, no work was done and opposition leaders thrown in jails but we will not be scared. We have spoken and will meet her again," the Rashtriya Janata Dal leader said.

The nomination process for the election to the Congress president's post is underway and the polling, if needed, is scheduled for October 17. The results of the polls will be out on October 19.

Earlier in the day, Kumar called for uniting all opposition parties, including the Congress and the Left, to take on the BJP and said this "main front of opposition" will ensure that the saffron party loses badly in the 2024 Lok Sabha elections.

If all non-BJP parties unite, then they can get rid of those who are working to destroy the country, Kumar said at a rally organised by the Indian National Lok Dal (INLD) in Haryana to mark former deputy prime minister Devi Lal's birth anniversary.

INLD leader Om Prakash Chautala, Shiromani Akali Dal's Sukhbir Singh Badal, both with a long history of fighting the Congress, were on the stage with other senior leaders such as NCP's Sharad Pawar, CPM's Sitaram Yechury and Arvind Sawant of the Shiv Sena.

Bihar Deputy Chief Minister and RJD leader Tejashwi Yadav was also on the stage in what was seen as a step towards unity among non-BJP parties.

However, no one from the Congress attended the rally. 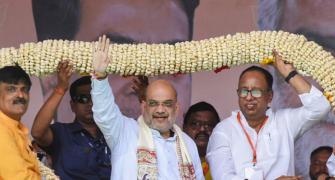 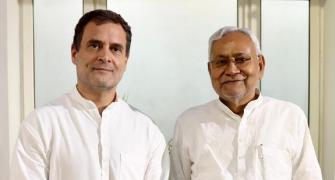 Nitish meets Rahul, to call on other Oppn leaders 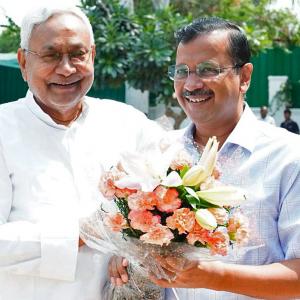 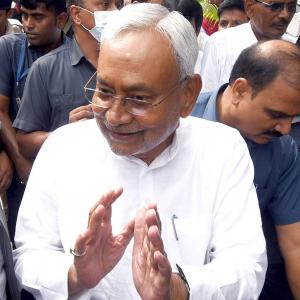