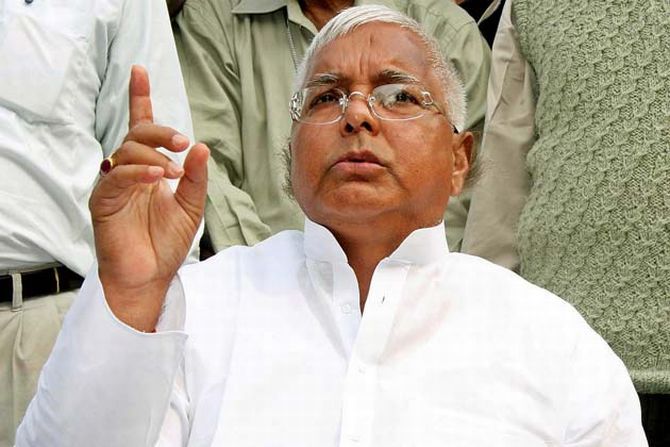 Prasad, 69, who has been convicted in three fodder scam cases by a special Central Bureau of Investigation court in Ranchi since December last year, is currently undergoing treatment at the RIMS hospital in the Jharkhand capital.

He has been granted parole for three days, Inspector General of Prison Harsh Mangla said.

However, the IG Prison was not categorical about the effective date of parole and said it depended upon when the jail authorities would release him. Mangla added that as per the rules, the travel time is not counted in the duration of the parole.

Bhola Yadav, RJD general secretary and a close aide of Prasad, said in Ranchi that they were planning to go to Patna by the evening flight.

“Flight tickets are being arranged to go to Patna by evening flight today,” Bhola Yadav, who is also an RJD MLA in Bihar, said adding Prasad is likely to return to Ranchi on May 14 on completion of parole.

The RJD chief was admitted to the All India Institute of Medical Sciences in Delhi on March 29 for specialised treatment and was discharged on April 30. The hospital had said his condition had improved significantly but the former Bihar chief minister alleged a “political conspiracy” behind his discharge.

The application on behalf of the RJD chief, moved on Monday last, had sought a five-day parole but only three days were granted. Asked about it, the Jharkhand Prison IG said, “We decided on the matter considering the need.”

RJD supporters in Patna were upbeat about Prasad’s return to Patna. Prasad could not attend the engagement ceremony of his son in Patna on April 18 following which Tej Pratap had tweeted “Miss you PAPA”.

The 10, Circular Road bungalow, allotted to former chief minister and Prasad’s wife Rabri Devi, has been abuzz with wedding preparations for the past few days. ‘Slogans of Lalu Yadav Zindabad’ resonated in the complex as soon as the supporters learned that the RJD supremo has been granted parole and that he would be coming to Patna.

The party’s national spokesman and Rajya Sabha member Manoj Jha said, “We are glad that our leader has finally been allowed to attend wedding of his son.”

“We are, however, disappointed at the shabby treatment meted out to him at every stage,” he said.

Jha alleged that Parasad was “forcibly sent back” to Ranchi from AIIMS “notwithstanding his fragile health which deserves best-possible medical care”.

“Now, he has been granted parole for only three days though he had sought it for just two more days. This once again proves that the ruling dispensation in the country is devoid of basic human sensitivity,” Jha alleged.

“We do not even know whom to complain. Every institution has been subverted for settling political scores. But, the people of Bihar are watching all the events intently. We have full faith in their wisdom and their power to give a befitting reply to those who are drunk on power,” he said.

Meanwhile, a number of political leaders are expected to attend the wedding of Tej Pratap Yadav and Aishwarya Rai. The bride’s grandfather Daroga Rai was the chief minister of Bihar in early 70s from Congress.

A huge stage is being erected at the sprawling Veterinary College ground where the couple will exchange garlands in the presence of guests.

“We are expecting about 20,000 guests from across the country. Invitations have been sent to almost every major political figure and luminaries from various walks of life,” Bihar RJD president Ram Chandra Purve said.

Pandals have been also erected at the house of Rabri Devi where pre-wedding rituals will be conducted as well as at the residence of Chandrika Rai, where the marriage will take place in a traditional way.

In Prasad’ s native Phulwaria block in Gopalganj district, his nephew Ramanand Yadav said that they had received an invitation and so have many others in the village. “Hundreds of people from here will be visiting Patna to give their blessings to the young couple,” he said.

Ram Das and Dayanand Pandey, both priests at local temples, said they were going to the wedding. Asked about how they feel about the high-profile event, one of them said, “We are not at all worried about how much ‘dakshina’ we will be offered. They (the Lalu family) are magnanimous people and know how to treat poor people like us well”. 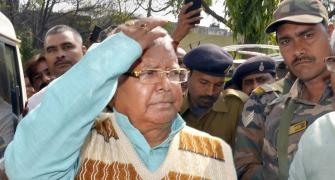 No end to Lalu woes; gets 5 years in jail in 3rd case of fodder scam 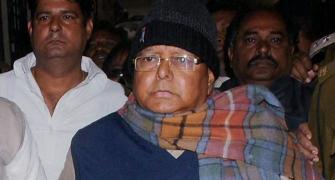 Lalu aides in jail to 'serve' him? RJD denies charge 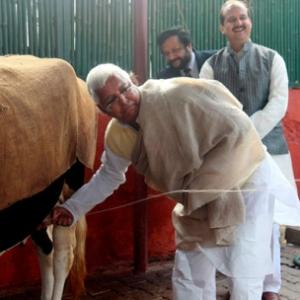