The Indian Army's XIV Corps -- better known as the Fire and Fury Corps -- has a unique responsibilty since it guards India's borders with China and Pakistan as well as the Siachen Glacier.

Since the People's Liberation Army intruded into Indian territory in April 2020, the Fire and Fury Corps has been at the heart of the military stand-off with the Chinese. Its comanders have also led the difficult disengagement talks with PLA officers.

At the Defence Investiture Ceremony at Rashtrapati Bhavan this week, a past, present and future commander of the Fire and Fury Corps were presented medals by President Ram Nath Kovind, the supreme commander of India's armed forces.

Please click on the images for a better view of Generals Singh, Menon and Sengupta. 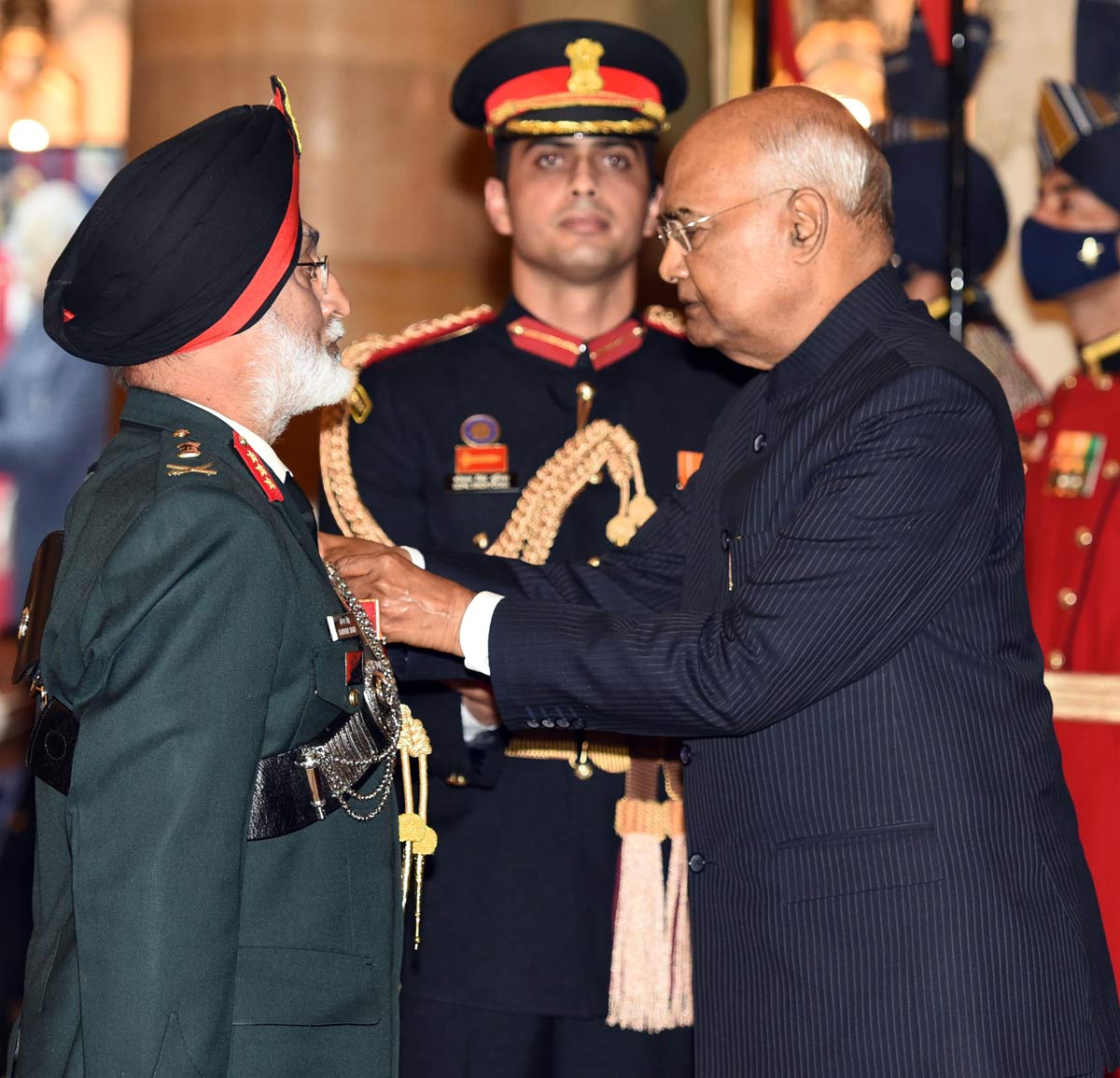 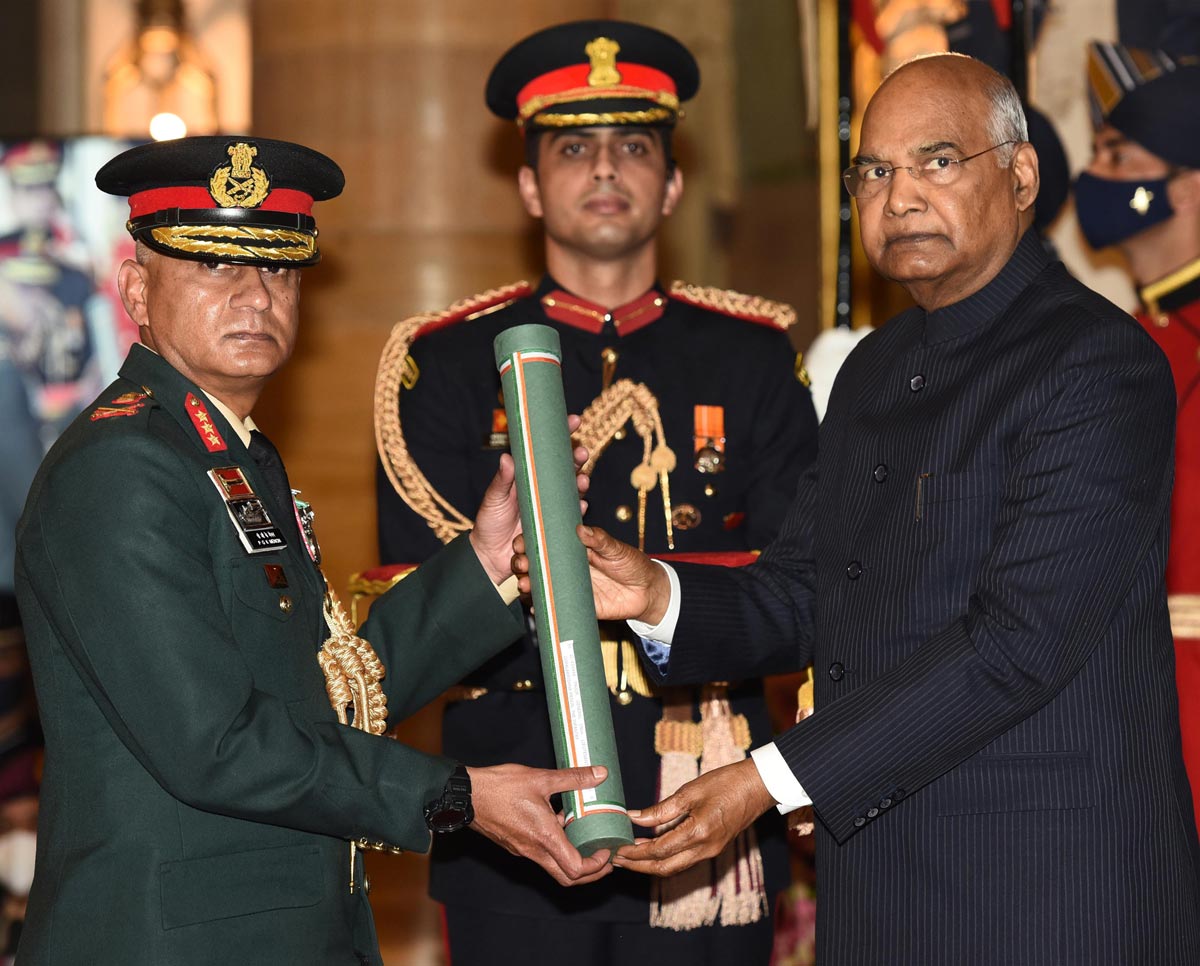 IMAGE: President Kovind presents the Ati Vishisht Seva Medal to Lieutenant General P Gopalakrishna Menon, who currently commands the Fire and Fury Corps and has led the Indian Army's many disengagement talks with the Chinese.