The central government has drafted a law to restrict wombs for hire, and there is much to be said on all sides, with criticism that it steps on too many hopes 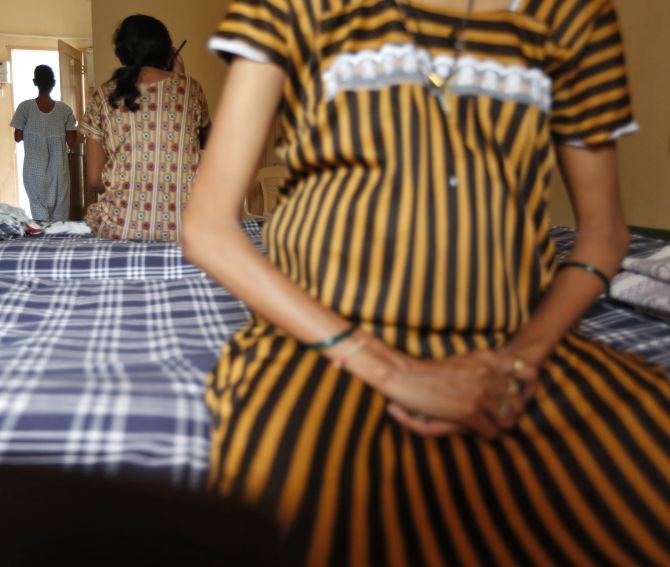 “The statistics on childlessness in India don’t tell the whole story. In fact, they don’t even tell part of the story. They don’t tell you of the awkward silences when, perfectly pleasantly, other women ask you how many children you have and you say bladly: ‘None’.

"Sometimes, consolations are offered of a bracing nature, the emotional equivalent of a thwack on the back: To kya hua! Koi nahin hota apna (Never mind/Ultimately, no bonds remain). An act of kindness towards an abused puppy or a bird with a broken wing is put down to overcompensation because of your infirmity of being unable to bear children.

"At the other end of the spectrum, everyone is eager to become your child: From the super-ambitious young man trying to sell you an insurance policy to the 20-something gym instructor. And, when you see a labourer sitting by the wayside with her baby in her lap, whistling silently through her teeth as she carefully separates and combs the few strands of hair on his head, the pain of loss is almost physical,” says Archana M, the female half of a ‘Double Income No Kids’ couple who is now settled in Dubai.

She went through several rounds of emotionally draining In Vitro Fertilisation procedures that juggled her hormones to cure her infertility, leading to wildly oscillating mood swings and sudden weight gain. (The IVF success rate ranges between 29 and 33 per cent). Finally, just as Archana began considering IVF via surrogacy, the government has now told her that it is illegal because she is a non-resident Indian. “I don’t want to adopt” she said, the strain in her voice evident. “I had a choice till a week ago. Now, suddenly, I don’t”.

Last week, the Union Cabinet approved a bill advocating strict conditions regulating surrogate (for hire) pregnancy. Surrogacy is the practice of gestating a child for another couple and could involve any of the various Assisted Reproductive Technologies like IVF, intra uterine insemination, etc.

The number of couples opting for surrogacy, as well as women acting as surrogates, has been growing. Although no scientific studies have been conducted, the market for surrogacy is estimated at Rs 25,000 crore.

A government official says this is a billion dollar industry and according to a 2012 analysis, 2,000 women of foreign origin had children through surrogates here. The estimated size of the business includes the money spent by couples wanting to have children, their trips to India and expenditure on medical consultation. Anecdotal evidence suggests the past two years have seen a 150 per cent rise in surrogacy cases.

The country is favoured by infertile couples from across the globe because of relatively lower costs, less restrictive laws, lack of regulation of ART clinics and availability of surrogate mothers.

Surrogacy in other countries

>> France
Any surrogacy, whether commercial or altruistic, is prohibited by law since 1994

>> Israel
Israel is the first country in the world to implement a form of state-controlled surrogacy. In March 1996, the Israeli government legalised gestational surrogacy under an ‘Embryo Carrying Agreements Law’. Surrogacy arrangements are permitted only to Israeli citizens who share the same religion

>> Japan
In March 2008, the Science Council of Japan proposed a ban on surrogacy and said doctors, agents and their clients should be punished for commercial surrogacy arrangements

>> America
Many states have their own laws written regarding the legality of surrogate parenting. It is most common for surrogates to live in Florida and California because these states are more legally accommodative of surrogacy. It is illegal to hire a surrogate in New York and even embryonic transfers may not be done there

No longer. Commercial surrogacy is on the brink of being illegal in India. Jaideep Malhotra, president of the Asia Pacific Initiative on Reproduction, says the government has taken a regressive step with its bill to ban commercial surrogacy. Only about one per cent of couples who are infertile opt for this route to have children -- it is usually the last resort.

“This kind of bill will only bring social turmoil, as men will start remarrying when they cannot have a child with one wife. People will start converting to religions that support and allow multiple marriages. Adopting a baby will also become expensive, depriving many couples of the right to have a baby,” she says. Malhotra’s firm belief is that surrogacy will not stop; it will only become illegal, like pre-natal sex tests.

She says in the Indian context, it is next to impossible to get a ‘close relative’ to carry your child. It can cause other emotional complications, both for the parents, the surrogate mother and the child. It would have helped if the government had sought experts, rather than relying on bureaucrats and ministers, to draft the bill, she says.

The justification by Union minister Sushma Swaraj has a group of feminists tearing out their hair for the judgemental tone. “Commercial surrogacy is banned in Australia, China, France, Germany, Japan, Mexico, Netherlands, New Zealand, Philippines, South Africa, Spain, Sweden, Switzerland, United Kingdom and most European countries. Thailand and Nepal have also banned commercial surrogacy because of widespread exploitation of surrogate mothers,” Swaraj said at a briefing to explain why commercial surrogacy was being banned. The draft law allows for no money transaction. All the clinics can charge for is their fee for conducting the procedure.

Some feminists agree with Swaraj. Malini Karkal, writing in the Indian Journal of Medical Ethics, says surrogacy turns a normal biological function of a woman’s body into a commercial contract. Surrogate services are advertised.

Surrogates are recruited and operating agencies -- clinics, brokers, the surrogates themselves -- make large profits. The commercialism of surrogacy raises fears of the black market and baby selling, breeding farms, turning impoverished women into baby producers and the possibility of selective breeding at a price.

Surrogacy degrades a pregnancy to a service and a baby to a product. More, they say, this ‘market’ has the poor at the receiving end -- and is another way by men to exploit the bodies of women for cash.

Other feminists say that is not the point. The draft Assisted Reproductive Technologies (Regulation) Bill & Rules (2010) led to the growth of a burgeoning medical field of assisted reproduction -- and surrogacy was a natural outcome.

In other countries where surrogacy falls in a grey area, surrogates are exploited and uninformed, pregnancies are hit and miss, deliveries even more so. In India, a degree of expertise, both medical and psychiatric, has developed that needed to be nurtured with state mediation to iron out crimps, instead of intervention with a hammer.

The Union Cabinet’s guidelines and bill will, after introduction, go to a standing committee of Parliament. How informed will the discussion be? Will India adopt the law exactly as the Cabinet has cleared it? Archana M is waiting.

(Some names have been changed on request)

>> Only a “close relation” can be a surrogate mother

>> Intending couple will be the legal guardians of the child, not the surrogate mother

>> No money transactions permitted for surrogacy. All that the clinics can charge is their fee for conducting the procedure

>> Single parents can adopt a child but cannot go for surrogacy

>> No foreigners allowed surrogacy in India. No NRIs, Overseas Citizen of India or Persons of Indian Origin either

-- They need to have waited for five years after marriage

-- The surrogate needs to be married (or widowed), need to have had a healthy baby in the past and can offer surrogacy only once