A local court on Tuesday directed the police to frame charges against two women employees of a government chemical lab in Thiruvananthapuram for tampering with test reports relating to the Sister Abhaya murder case.

Chief Judicial Magistrate Cheriyan Verghese found that chief chemical examiner M Geetha and analyst R Chithra of Chemical Examination Laboratory tampered with the records of the results of visceral tests of the nun, who was found murdered in a convent in Kottayam in March 1992.

The court passed the order in a petition filed by legal campaigner Jomon Puthuanpurackal seeking action against the lab officials.

The case, which was closed by the police calling it a suicide, was revived a few years ago following media reports that said the lab results had been tampered with to destroy evidence.

The Kerala high court had ordered a fresh probe by the Central Bureau of Investigation, which led to the arrest of two Catholic priests and a nun for their alleged involvement in the murder of Abhaya.

The Kerala police as well as CBI in its initial investigation, had concluded that it was a case of suicide.

But those who spearheaded public and legal campaigns for a free and fair probe alleged there had been attempts to cover up the truth by certain influential quarters.

The arrested were granted bail and trial in the case is progressing in a special CBI court at Kochi. 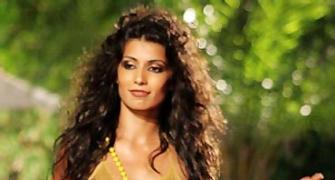