Karnataka on Monday told the Supreme Court that it has supplied 116.697 tmcft of Cauvery water, instead of 100.04 tmcft, to Tamil Nadu by applying the distress formula, even though the current year has been water deficient.

Karnataka, which was hauled up on May 3 by the apex court for not releasing sufficient Cauvery water, today filed an affidavit through its Chief Secretary, claiming that 2017-18 has been a "distress water year in the Cauvery basin" the third time in a row.

However, Tamil Nadu, in its affidavit, on Monday alleged that Karnataka was acting like "a judge of its own cause" and has failed to comply with the order of the tribunal affirmed by the top court. It demanded framing of the Cauvery Management Scheme by the Centre.

In its affidavit, Karnataka said "on applying the alleged distress sharing formula based on 'recorded flow' as relied upon by the state of Tamil Nadu...before this court claiming damages or short supply in distress year 2012-13, the share of Tamil Nadu, at the end of April 2018 at the inter-state border work out to 100.04 tmcft.

Karnataka has been reporting the status of water flows to the supervisory committee constituted after the top court's order of May 10, 2013, its affidavit said.

"Even if Tamil Nadu were to draw for drinking water etc, at the rate of 719 cusec for the remaining 28 days in May and 30 days in June (if rainfall is delayed), the total drawls would be 3.60 tmcft. Therefore, there is no shortage for drinking water in the Cauvery basin area in Tamil Nadu," it said.

In its affidavit, Tamil Nadu alleged that Karnataka has been acting as "a judge of its own cause and fails to comply with the binding order of the tribunal as affirmed by this court."

It said it would be appropriate that the issues relating to the implementation of the decision including the release of water are dealt by the Cauvery Management Board.

"There cannot be any substitute to the machinery for the implementation of the final order of the tribunal," Tamil Nadu said, adding, "the central government is duty bound to implement the apex court's order on framing of Cauvery Management Scheme".

Earlier, a bench headed by Chief Justice Dipak Misra had warned Karnataka and asked it to apprise the bench "as to how much water can be released" and fixed the matter for hearing tomorrow.

It had also taken strong note of the Centre for not yet framing the Cauvery management scheme to implement its verdict on river water sharing between four southern states, even as Tamil Nadu had attacked the union government for its "partisan" attitude saying this was the "end of cooperative federalism".

Earlier, the court had also asked the Centre to file an affidavit by May 8 giving details of steps taken to frame the scheme, which was ordered for smooth release of water from Karnataka to Tamil Nadu, Karnataka, Kerala and Puducherry.

Attorney General K K Venugopal had said the hearing on setting up of the scheme, under which Cauvery Management Board (CMB) has to be constituted, be deferred by ten days till the Karnataka polls are over as the Prime Minister and his cabinet colleagues were busy campaigning.

Venugopal also said the draft scheme, which has to be approved by the Union Cabinet, could not be put for approval due to the ongoing campaign.

On April 9, the court had asked the Centre to formulate and file the draft Cauvery management scheme before it by today and directed Tamil Nadu and Karnataka to ensure peace in the meantime. The bench had made it clear that the judgment has to be complied with all the stake holders.

The apex court had asked the Centre to formulate a scheme to ensure compliance of its 465-page judgement on the decades-old Cauvery dispute. It had modified the Cauvery Water Disputes Tribunal award of 2007 and made it clear that it will not be extending time for this on any ground.

The top court had on February 16 raised the 270 tmcft share of Cauvery water for Karnataka by 14.75 tmcft and reduced Tamil Nadu's share, while compensating it by allowing extraction of 10 tmcft groundwater from the river basin, saying the issue of drinking water has to be placed on a "higher pedestal".

With the apex court's verdict, Tamil Nadu, Karnataka, Kerala and Union Territory of Puducherry would be annually entitled to 404.25 tmcft, 284.75 tmcft, 30 tmcft and 7 tmcft of Cauvery water respectively out of the total of 740 tmcft. 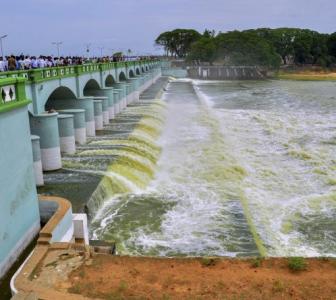 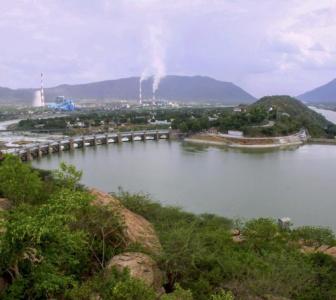 IPL in Chennai an 'embarrassment' during Cauvery protests: Rajinikanth

What the Cauvery dispute is about