IMAGE: Congress members walk out of the Lok Sabha in a protest over Karnataka issue during the Budget Session of Parliament on Tuesday. Photograph: LSTV/PTI Photo

Congress and Dravida Munnetra Kazhagam on Tuesday accused the Bharatiya Janata Party of destabilising an elected government in Karnataka through 'poaching' and staged a walkout in the Lok Sabha in protest.

Congress leader Adhir Ranjan Chowdhury raised the Karnataka issue and accused the ruling party of 'poaching' its MLAs in the state.

He was, however, disallowed by Speaker Om Birla saying, the matter was discussed in the House on Monday and Deputy Leader of Lok Sabha Rajnath Singh had responded to the charges.

"It is your duty to save democracy," a Congress member said.

Unsatisfied with the Speaker's response, Chowdhury again tried to raise the issue.

He scribbled a few slogans on a piece of paper and gave it to his fellow MPs sitting behind him, who promptly raised them. As members raised slogans, erstwhile party president Rahul Gandhi also joined them but his pitch was not as high as others.

He merely repeated the last words of the slogans. This is for the first time that Gandhi was seen raising slogans in the 17th Lok Sabha.

As members entered the Well, they continued with the sloganeering.

"This is our right," said one of the members. To which the Speaker said, "No it is not your right".

"The country is watching you. This is your House. Don't make it the house of a civic body," Birla said. Congress members then staged a walkout and DMK MPs also joined them.

The Congress has been raising issues pertaining to Karnataka in the Lok Sabha and accused the ruling BJP of 'indulging in politics of poaching'.

The year-old Congress-Janata Dal (Secular) coalition government in Karnataka is on the brink of collapse after a spate of resignations by MLAs.

So far 14 MLAs have resigned in Karnataka, which includes 11 from the Congress and three from the JD-S.

The Rajya Sabha on Tuesday witnessed uproar over the Karnataka crisis with opposition Congress members storming the well of the House and raising slogans, leading to adjournment of proceedings for the day.

The House was adjourned within three minutes as ruckus prevailed.

Deputy Chairman Harivansh, who was chairing the proceedings, made repeated appeals to protesting members to return to their seats, observing that the House has to discuss the Union Budget 2019-20 and Congress leader P Chidambaram was slated to speak on the issue. However, as protests continued, he adjourned the House for the day.

Earlier in the day, the House was adjourned till 2 pm after protests by Congress members continued.

Within minutes of assembly of the House, Congress members stormed into the well shouting slogans that implied that democracy was being killed in reference to developments in Karnataka.

TMC members too trooped into the well against privatisation of public sector units, forcing Chairman M Venkaiah Naidu to adjourn proceedings till 1200 hours.

When the House re-assembled at noon to take up the Question Hour, there were almost similar scenes with slogan shouting Congress and TMC members trooping in the Well.

Harivansh, who was chairing the proceedings at the time, made repeated efforts to persuade protesting members to return to their seats so that the Question Hour could be conducted.

However, his appeals went unheeded and the House was adjourned till 2 pm.

Before adjourning the House till 2 pm, he told protesting Congress members that the Chairman had allowed them to raise the Karnataka issue during the Zero Hour, but it was not availed.

Earlier during the Zero Hour, Naidu said he has received a notice under rule 267 from Congress member B K Hariprasad, seeking suspension of the listed business to take up the Karnataka issue.

"I am not allowing it," he said, prompting Congress members to rush to the well shouting slogans.

Naidu also said he has received a notice under rule 267 from Dola Singh of TMC but it cannot be allowed as the same had been raised through a Zero Hour mention on June 21, the first day of the session.

TMC members trooped into the well but the issue they were raising could not be heard.

On June 21, one of the issues raised during the Zero Hour was delay by the Centre in according ST status to 11 communities recommended by the West Bengal government.

"As per rules, you cannot discuss the same issues twice in the same session," Naidu said, adding the House had functioned without disruption for 13 days but now it seems members were determined to disrupt.

"If you have decided to disrupt, I adjourn proceedings till 1200 hrs," he said.

Earlier, BJP leader Lokhandwala Jugalsinh Mathurji, who was elected to the Upper House from Gujarat in the by-polls last week, took oath as a member of the Rajya Sabha. 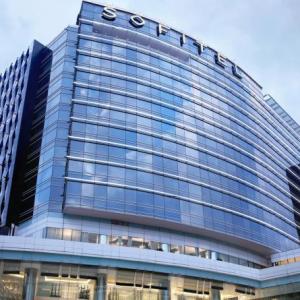