Addressing the Conference of Heads of Mission in Eurasia region in Tajikistan, Krishna said, "I am confident that you would deploy all tools available under your armoury to capitalise on the enormous goodwill that exists for India, and covert it into a tangible economic and strategic advantage. Each country in the region has a unique significance for India. Our policy should be marked by deepening relationships based on political, economic and technical cooperation as a partner, and not merely as an overt contender for the region's hydrocarbon and other resources."

"The Eurasia region has the potential of significantly addressing our energy security needs. The Turkmenistan-Afghanistan-Pakistan-India pipeline project has made progress with the signing of the agreement. A breakthrough in Central Asian energy market was achieved with the signing of a commercial agreement by ONGC Videsh Limited with the Kazakh State Company for oil block in the Caspian Sea. I understand few more such projects are in the pipeline," Krishna said.

The conference is being held on eve of the 20th anniversary of the establishment of diplomatic relations with all countries of Eurasia except Russia with which India has marked the 65 years of diplomatic engagement.

Currently, India's two-way trade in the regions is meagre $500 million.

Krishna said the Indian ambassadors in the region should find ways to explore the potential.

He also said that the Indian government is doing its bit to help improve connectivity.

"As the Central Asia and other CIS economies mature, there is a great potential for India's technology and services sectors to make deeper inroads. I understand that a beginning has already been made with the establishment of IT centres in several countries in the region. Our e-network initiative could become a path-breaking project to deliver modern tele-medicine, and tele-education. In the education sector, we hope to set up an India-Central Asia University in Kyrgyzstan," he added.

Rooting for better facilities at Indian missions in the region and the large number of students who are studying in the region, Krishna said, "Though the Indian community is comparatively thin but there is a large student community present here. They are relatively vulnerable and lack experience, finances and other support. We must be sensitive to their needs and always be available to help them."

He said the Indian heads of missions must spare some time for Indians in distress in the region.

Krishna said, "You should designate an hour or two every week to meet such Indians in distress. The welfare officers in the mission should make themselves easily accessible at all times and with a specific 'open day' to meet our nationals and PIOs every week. We have learnt from our experience in Australia that such measures go a long way in timely detection of problems and also in evolving suitable remedies. I would like you all to enforce this measure immediately, if not yet done so."

"I would urge all of you to ponder over four Cs -- Commerce, Connectivity, Consular and Community- related issues -- and initiate innovative solutions with the sole aim of further improving the quality of our engagement." 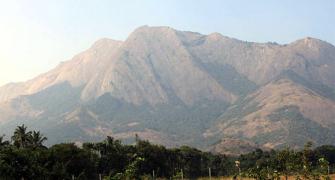