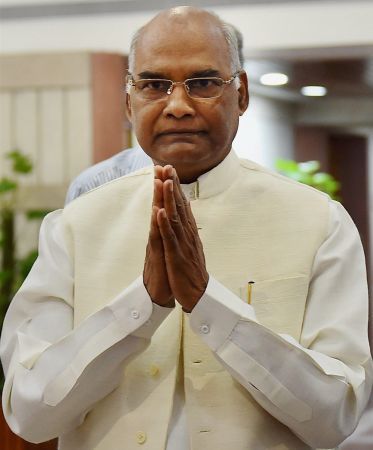 The fourteenth President of India, Ram Nath Kovind, carries vast public, social, and political experience to the Rashtrapati Bhavan, which will help him better to discharge his duty as the First Citizen of India.

President-elect Kovind was born in a Dalit family on October 1, 1945 in Paraunkh, Derapur, Kanpur, Uttar Pradesh. His father Maiku Lal was a farmer and mother Kalawati a housewife.

He was married to Savita on May 30, 1974, and has a son Prashant Kumar and a daughter Swati.

He had a humble beginning as a son of a middle-class family and knew the importance of education. He, hence, armed himself with a Bachelor’s Degree in Commerce and an LLB from Kanpur University.

After completing his education, President-elect Kovind came to Delhi and started preparing for the civil services examination. He passed this exam on his third attempt, but he did not join as he was selected for an allied service instead of Indian Administrative Service and thus, started practising law.

As an advocate, Kovind was very successful. In 1971, he was enrolled as an advocate with the Bar Council of Delhi.

In 1978, he became an advocate-on-record of the Supreme Court of India. He practised in the Delhi high court and Supreme Court for about 16 years. He was also enrolled as an advocate in 1971 with the bar council of Delhi.

As an advocate, he provided free legal aid to the weaker sections of society, women and the poor under the ‘Free Legal Aid Society’ in New Delhi. He also served as the personal assistant of Prime Minister of India Morarji Desai in 1977-1978 and was the Central Government’s advocate during Morarji Desai-led Janata Party Government.

The 71-year-old has been fighting for the cause of the rights of the mariginalised communities specially Scheduled Castes, Scheduled Tribes, Other Backward Classes and minorities since his student days.

He served as Member of Board of Management of Dr BR Ambedkar University, Lucknow and was also the SC/ST representative at IIM-Calcutta.

Before becoming a Rajya Sabha member, Kovind lived in a rented apartment in Delhi’s Kalibari area.

Kovind formally joined the Bhartiya Janata Party in 1991 and was one of the first lot of Dalit leaders to join the saffron party. Just after he joined the BJP, the party fielded him from Ghatampur in UP, but he lost. The BJP again given him ticket from the Bhognipur assembly constituency in UP in 2007, but he lost again.

His stint in the Rajya Sabha was marked by questions on the welfare of the Scheduled Castes and the Scheduled Tribes, including the formalisation of sanitation workers in nationalised banks and according a Cabinet rank to the chairman of the SC/ST Commission.

Kovind is also a champion of spreading education. As a Rajya Sabha member, he used his funds to develop basic infrastructure for education in the rural areas by helping in construction of school buildings in Uttar Pradesh and Uttarakhand.

During his stint as the Rajya Sabha MP, he travelled across the globe to Thailand, Nepal, Pakistan, Singapore, Germany, Switzerland, France, the United Kingdom and the United States on study tours.

He served as national spokesperson of the BJP. Known to avoid controversy, he never appeared on television when he was the party spokesperson.

Since he remained far from spotlight, many leaders in Bihar didn’t know much about him when he was appointed Bihar Governor on August 8, 2015.

As the Governor of Bihar, Kovind constituted a judicial commission to investigate irregularities in promotion of undeserving teachers, mismanagement of funds and appointment of undeserving candidates in universities, for which he received a lot of praise and accolades from all fronts.

Kovind was also a member of Parliamentary Committee on Welfare of Scheduled Castes/ Scheduled Tribes.

Apart from this, he was also a member of various Parliamentary Committees on Home Affairs, on Petroleum and Natural Gas, on Social Justice and Empowerment, on Law and Justice. He also served as Chairman of Rajya Sabha House Committee. 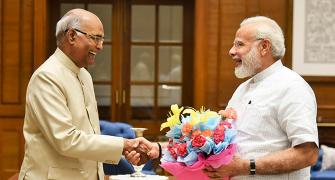 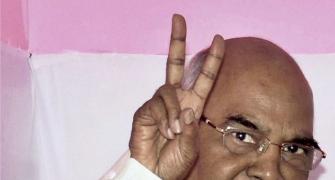