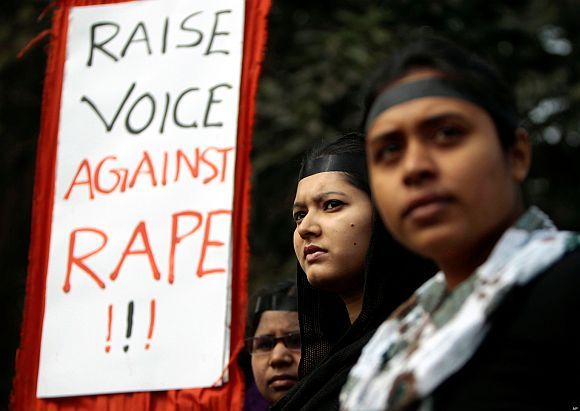 A sessions court in Ahmednagar in Maharashtra on Saturday convicted three men for raping and murdering a 15-year-old girl in Kopardi village in 2016, which then sparked a huge outcry across the state, especially from the Maratha community.

The victim, who belonged to the Maratha community, was found murdered after being raped on July 13 at Kopardi village in Ahmednagar district.

The accused had inflicted injuries all over her body and broken her limbs before throttling her, the police said.

The incident turned out to be the trigger for the silent marches (mook morcha) by the Marathas across the state as the victim belonged to the community, while the culprits are Dalits.

Marches, joined by a large number of women, were taken out in the length and breadth of the state by the Maratha community demanding quick investigation and speedy trial in the case.

It also left strong political ripples with the Opposition Congress and the Nationalist Congress Party demanding the resignation of Chief Minister Devendra Fadnavis on moral grounds.

"Since there was no eye-witness in the case, the entire case was based on circumstantial evidence. We succeeded in proving the chain of circumstances which led to the conviction of all the three people," Ujjwal Nikam, the special public prosecutor in the case, said.

The argument on the quantum of punishment from the defence will be heard on November 21 and on the next day, he said.

Reacting to the verdict, the victim's parents said convicts should be given capital punishment so that it would send a "stern message" to the society.

"We waited for a long time and today the court held all the three men guilty. To send a stern message to the society, the convicts should be awarded death punishment so that no one will dare commit such an act in the future," the girl's mother said.

"Entire Maratha community feels that the convicts should get nothing but the death sentence," he said.

The charge sheet in the case, filed by the Ahmednagar police, ran into over 350 pages in which the three accused were charged under the Indian Penal Code Sections 302 (murder), 376 (rape) and relevant sections of the Protection of Children from Sexual Offences Act.