The Kolkata police on Saturday issued a lookout notice for suspended Bharatiya Janata Party spokesperson Nupur Sharma after she failed to appear before its sleuths for the fourth time in a row over her controversial remarks on Prophet Mohammed that triggered widespread violence in parts of West Bengal, a senior officer said Saturday. 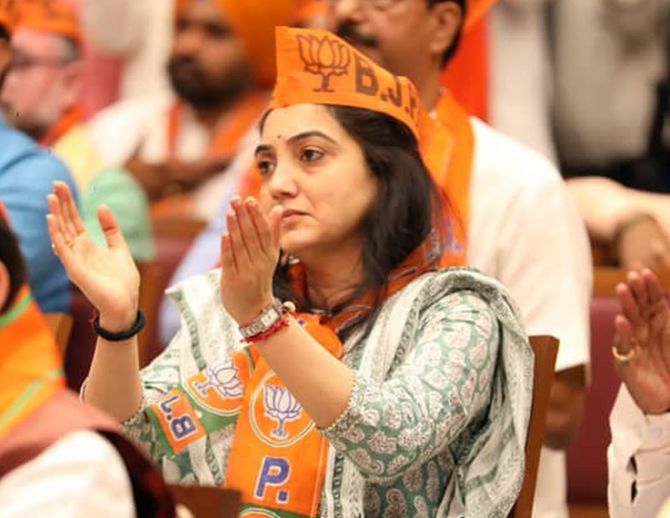 She had skipped summons issued by officers of Amherst Street and Narkeldanga police stations, he said.

"A lookout notice has been issued today after she failed to appear before our officers despite being summoned several times," the police officer told PTI.

She was summoned by each of the two police stations twice, he said.

The Amherst Street and Narkeldanga police stations had separately summoned her after FIRs were lodged against her last month, the officer said.

Sharma had cited apprehensions of a possible assault on her if she visited Kolkata and sought four weeks' time to appear before the police officers.