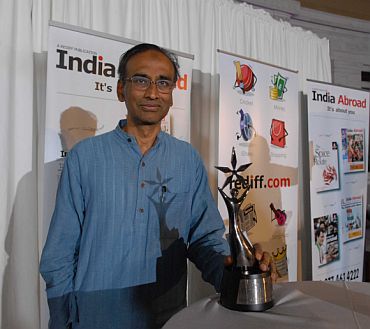 Venkatraman Ramakrishnan, India-born US citizen whose pioneering work in molecular biology won him the 2009 Nobel Prize in chemistry, has been honoured with a knighthood by the royal establishment here in a rare recognition of achievements by foreigners based in Britain.

58-year-old Ramakrishnan, who was awarded the India Abroad Person of the Year 2009, is based at the MRC Laboratory of Molecular Biology in Cambridge.

He has been conferred knighthood "for services to molecular biology" in the New Year Honours List 2012, according to an official announcement in London.

After the list was released early Saturday, Ramakrishnan said that honouring him with a knighthood reflects the contribution made by immigrants to British society.

In a statement to PTI, he said: "In the current debate about immigration, it is worth noting that this award is yet another example of the numerous contributions that immigrants make to British society."

"Indeed, many of the founding members of the Laboratory of Molecular Biology were immigrants themselves, and they helped to revolutionise modern biology."

Ramakrishnan said: "This is an honour that reflects the quality of science supported by the Medical Research Council, in particular at the Laboratory of Molecular Biology in Cambridge. In my case, credit should go to the numerous dedicated postdocs, students, associates and colleagues who made crucial contributions to the work."

It is rare for foreign citizens to be honoured with knighthoods.

Such individuals do not use the style 'Sir', but are often called 'Sir' in popular parlance, such as 'Sir Garfield Sobers' in the case of the legendary West Indies cricketer.

Besides Ramakrishnan, two other foreign-born Nobel Prize winners based in the UK have been conferred knighthood in the 2012 honours list.

They are Russia-born Professors Andre Geim and Konstantin Novoselov based at the University of Manchester, who were involved in the creation of graphene, a sheet of carbon just one atom thick. They won the Nobel Prize for Physics in 2010.

Unlike foreign citizens who were conferred knighthood in the past such as Chancellor Helmut Kohl of Germany, President Francois Mitterrand of France and Mayor Rudy Giuliani of New York, Ramakrishnan, Geim and Novoselov are based in the UK.

Born in Chidambaram in Tamil Nadu, Ramakrishnan studied at Baroda University, Ohio University and the University of California, San Diego.

Ramakrishnan was awarded Padma Vibhushan in 2010.

Other Indian-origin individuals to be honoured in the 2012 list include Professor Dinesh Kumar Makhan Lai Bhugra, lately president of the Royal College of Psychiatrists, for services to Psychiatry.

Image: File Photo of Venkatraman Ramakrishnan with his India Abroad Person of the Year 2009 award 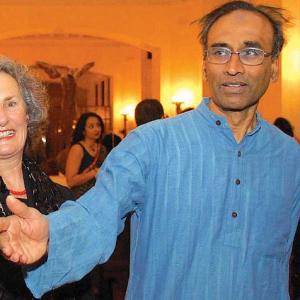 A Nobel laureate salutes another 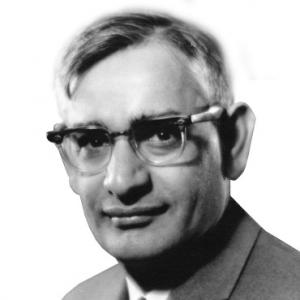 Dr Khorana, Nobel laureate and one of science's immortals