Knew accused but not part of hawala scam: Koda 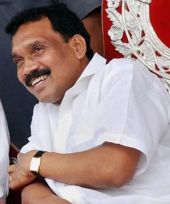 Former Jharkhand chief minister Madhu Koda, who was grilled by the Enforcement Directorate in Ranchi, has given a detailed written statement denying any involvement in the multi-crore illegal investments and hawala case registered against him.

According to jail sources, the Directorate had given to Koda a questionnaire of over 100 queries that it had prepared based on the investigations carried out by it over the last three months and the statement of Koda's aide Vikash Sinha.

They said the former chief minister, who is lodged in the Birsa Munda Central jail in Ranchi, has given a 28-page statement to the ED and has denied his involvement in any wrongdoing.

The Directorate, which had sent a team from New Delhi, questioned the current Lok Sabha member about his relations to other accused in the case like Vikash, Binod Sinha and Sanjay Choudhary.

While Koda accepted he knew all the three, he is said to have denied any knowledge of any of the financial transactions carried out by them. Sources said he also denied investing in a Mumbai-based bullion firm or having opened other front companies.

He, however, has accepted that he had taken many foreign trips, which he said was both work-related and private.

Sources said Koda, who was at times questioned for more than four hours at length, was at ease and even cracked jokes through the grilling.

"I have never been made to write so much while being the CM also," Koda is said to have told the Directorate officials while giving his statement.

Sources said the Directorate is likely to question him again in the near future.

Koda is currently under judicial custody after his arrest by Jharkhand vigilance department on November 30 in a disproportionate assets case.

Koda has been in and out of the hospital since the ED slapped the case against him and seven others on October 9 under Foreign Exchange Management Act and the Prevention of Money Laundering Act.

While the Directorate had earlier summoned him on various occasions, he has evaded it under various pleas even though the Income Tax department, which has also filed a case against him, has questioned him.

Binod and Sanjay, who are facing arrest warrants from Income Tax department and ED, have not turned up since the two agencies jointly raided 70 premises on October 31, including that of Koda, the Sinha brothers and Choudhary.
Source: PTI© Copyright 2020 PTI. All rights reserved. Republication or redistribution of PTI content, including by framing or similar means, is expressly prohibited without the prior written consent.
Related News: Madhu Koda, Enforcement Directorate, Vikash Sinha, Income Tax department, Binod Sinha
SHARE THIS STORY
Print this article
Koda's associate Vikas Sinha arrested by ED
Bachchan gets SC notice on tax exemption
Enforcement Directorate summons Koda 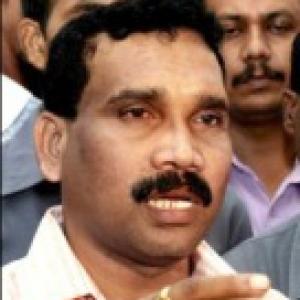