Rail and road links between the Northeast and the rest of the country would resume soon as the blockade by protesters, demanding the opening of a unit of the Aligarh Muslim University, was lifted in Bihar's Kishanganj district late on Wednesday night, a West Bengal minister said.

"Road and rail blockade which was started by an organisation demanding study centre of the Aligarh Muslim University in Kishanganj has been lifted," Library Minister Abdul Karim Chowdhury, who is an MLA from Islampur, adjacent to Kishanganj, told mediapersons.

The blockade, which started in the morning at around 10 am, was lifted a little past midnight, he said.

"At the behest of Chief Minister Mamata Banerjee, I spoke to the protesters in the presence of civil and police authorities to lift the blockade. I drew their attention to the problem being faced by thousands of stranded passengers," he said.

Railway sources said that train services will resume soon but it will take some time for rail traffic to become normal.

At least 20 long distance trains including the Rajdhani Express were stranded at various stations across West Bengal and Bihar due to the blockade in Kishanganj district, railway sources said.

The sources said Railway Minister Dinesh Trivedi visited the New Jalpaiguri railway station and instructed the railway officials to provide drinking water and other amenities to the passengers of the stranded long distance trains.

However, passengers at number of stations like New Jalpaiguri and Malda complained that there was water and food shortage at the stations.

The sources said the Darjeeling Mail and the Padatik Express have been rescheduled and would leave on Thursday morning. 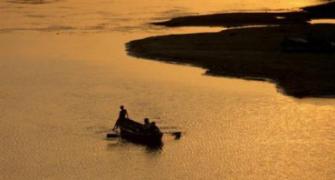 Here's what IBM and IIT are doing for the Ganga!
I'll never agree to a division of West Bengal, says Mamata 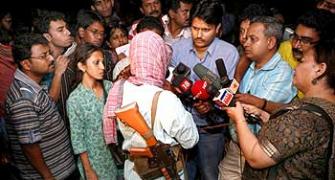 'Dear Tiger, the great bowler in the sky eventually bowls us'