King Charles III pledged to follow the "inspiring example" of his mother, late Queen Elizabeth II, as he was proclaimed Britain's new monarch on Saturday in a ceremony, steeped in ancient tradition and political symbolism, televised for the first time in history. 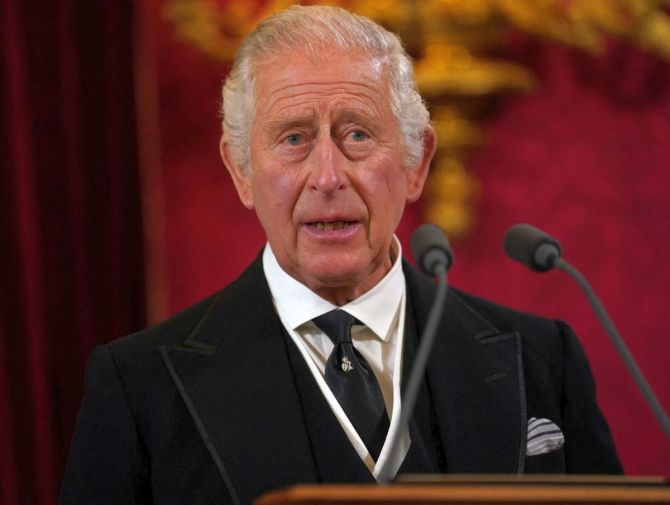 "God save the King" were the words with which those gathered reaffirmed the proclamation made by the clerk of the Accession Council. The Accession Council performs a ceremonial role - it officially announces the name of the new monarch.

Charles then made his proclamation speech, which began with the “most sorrowful duty” to announce the death of Queen Elizabeth II, “an example of lifelong love and selfless service”.

"My mother's reign was unequalled in its dedication and its devotion. Even as we grieve, we give thanks for this most faithful life," said King Charles III.

"In taking up these responsibilities I shall strive to follow the inspiring example I have been set in upholding constitutional government and to seek the peace, harmony and prosperity of the peoples of these islands, and of the Commonwealth realms and territories across the world,” he said.

The throne had passed to the 73-year-old former Prince of Wales following the death of his mother, Queen Elizabeth II, on Thursday and Saturday's ceremony marked his formal declaration and oath-taking at St. James's Palace in London. King Charles was joined by his wife, Queen Consort Camilla, and his son and heir Prince William -- the new Prince of Wales, who added their signatures to the formal proclamation documents.

Charles confirmed the tradition of surrendering all revenues and the Crown Estate to the country in return for the Sovereign Grant that covers royal costs in the UK.

All six living former Prime Ministers -- Sir John Major, Tony Blair, Gordon Brown, David Cameron, Theresa May and Boris Johnson -- and new Prime Minister Liz Truss along with leaders of the Opposition were among those gathered for the sombre ceremony.

It was the decision of King Charles III to allow television cameras into the Accession Council for the first time to allow the public to view the proceedings.

Earlier, the King had travelled back from Balmoral Castle in Scotland on Friday, where the Queen's health deteriorated, and she breathed her last.

Flags lowered atop the palace in mourning for the late Queen were brought back up to full mast after the Accession Council proclamation, which followed a wave of further proclamations across the UK to go into Sunday -- when flags will return to half-mast in a state of mourning for the Queen. 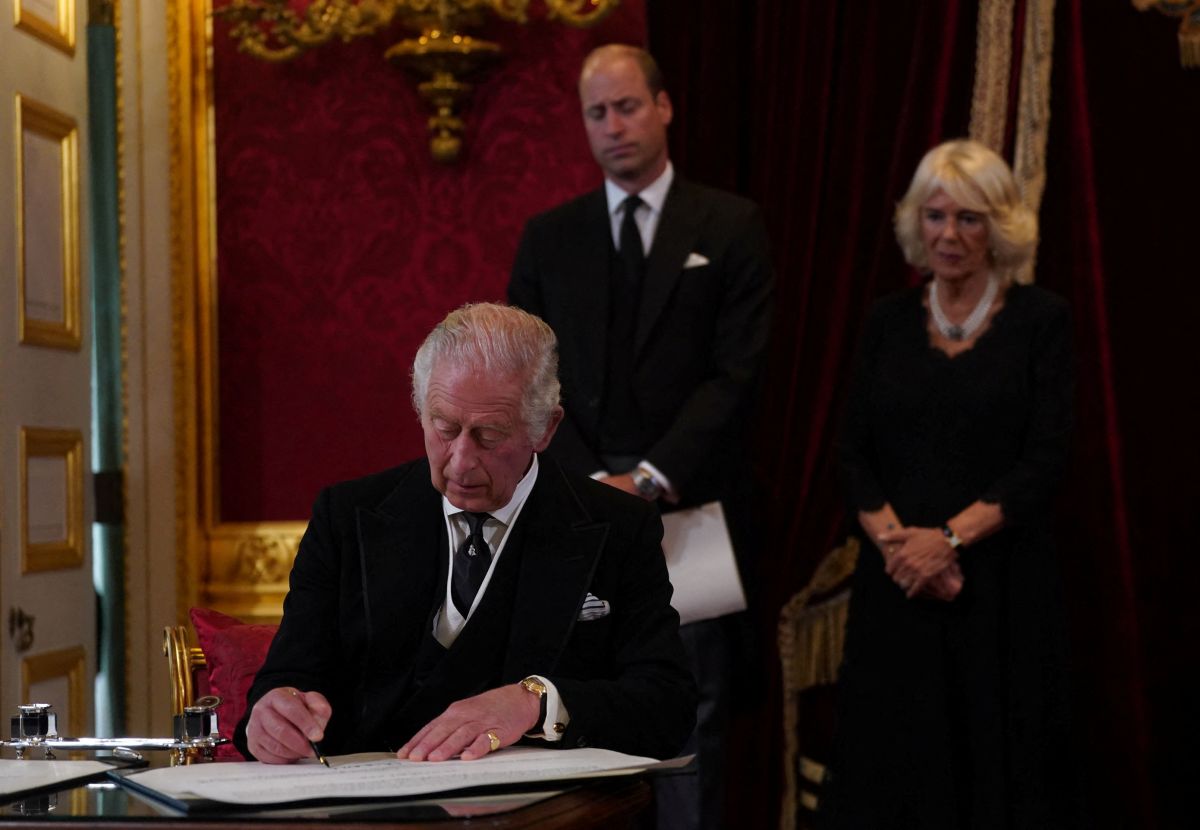 Amid much ceremony, a Principal Proclamation was read in public for the first time by the Garter King of Arms from the balcony overlooking Friary Court at St James's Palace. It was accompanied by a 41-gun salute fired by The King's Troop Royal Horse Artillery at Hyde Park in London.

The trumpeters sounded a Royal Salute and the Band of Coldstream Guards followed with the National Anthem. Calls of "Three cheers for His Majesty The King!" were followed by the crowd cheering for the new monarch.

The Privy Council, which includes politicians, senior members of the clergy and Supreme Court justices, first gathered without the King to proclaim the new monarch and arrange business relating to the proclamation.

Following the proclamation, King Charles III held his first Privy Council meeting and made his personal declaration to "assume the duties and responsibilities of sovereignty" and follow in the footsteps of his late mother. 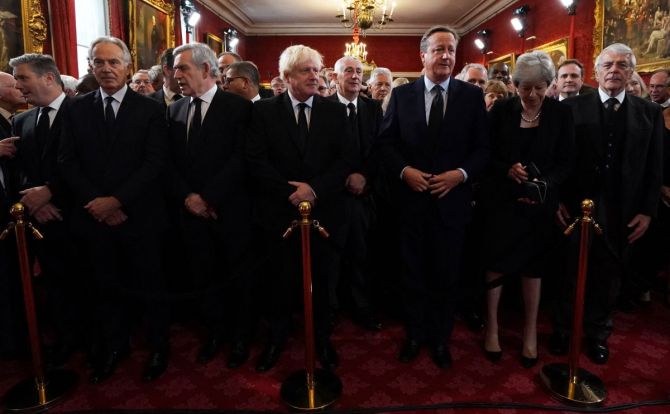 On Friday, the King held his first audience with British Prime Minister Truss at Buckingham Palace, soon after he was greeted with applause and cheers by large crowds gathered at the palace gates in mourning for the Queen and to catch a glimpse of the new monarch and his Queen Consort.

“It was so touching to see so many people… It's a moment I'd been dreading, but one must try and keep going,” Charles was heard saying to Truss, in a brief clip released of his first audience as the Prime Minister expressed her condolences.

While formal details are to be released by Buckingham Palace, it is expected that the Queen will lie in state at Westminster Hall in London for the public to pay their respects.

In the coming days, the Queen's coffin will depart her Balmoral estate for the Palace of Holyroodhouse in Edinburgh – the official residence of the British monarch in Scotland.

From here, it will be taken in procession to St. Giles' Cathedral in the city, where the Queen will lie at rest, allowing the public to view her coffin. The coffin will then move to London, ready for lying in state for around four days before her funeral. 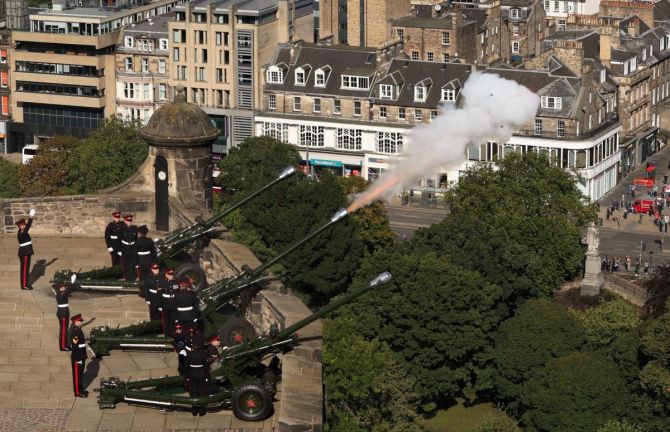 Meanwhile, senior MPs, including Prime Minister Truss, have sworn a new oath of allegiance to King Charles III in a special session of Parliament.

Truss, 47, was among those taking the pledge, speaking the words: "I swear by almighty God, that I will be faithful and bear true allegiance to His Majesty King Charles, his heirs and successors, according to law, so help me God." 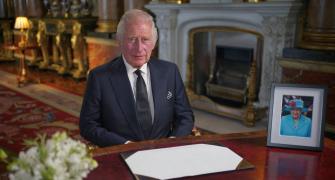 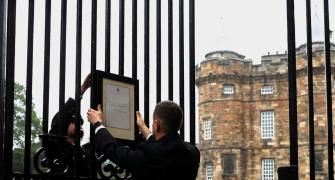 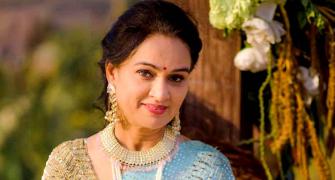 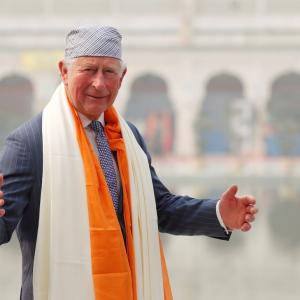 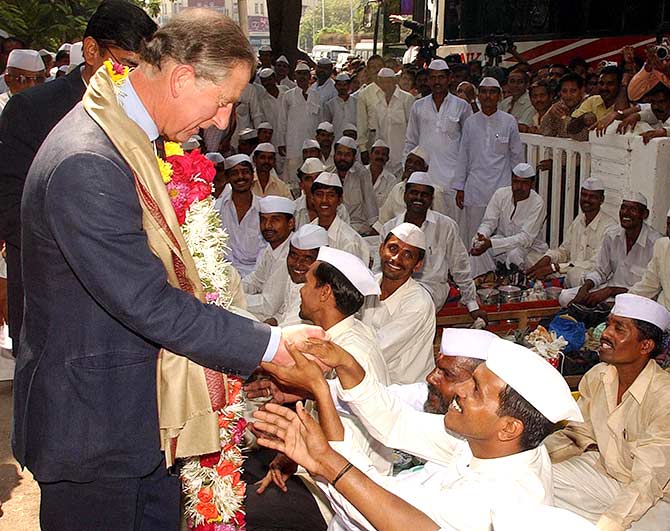