Kerala moves SC against decision to lease airport to Adani

The Kerala government has moved the Supreme Court against the Centre's decision to lease Thiruvananthapuram international airport to Adani Enterprises. The Left Democratic Front government has filed the appeal challenging the Kerala high court which dismissed the plea on October 19 on the grounds that it was directed against the privatisation policy of the Centre and hence devoid of merits.

Seeking an interim stay of the high court's verdict, the plea filed through lawyer C K Sasi said that it has challenged the 'arbitrary and illegal action' of the Airports Authority of India in attempting to prefer a particular private concessionaire, Adani Enterprises Ltd, for the operation, management and development of Thiruvananthapuram International Airport.

The Kerala government had filed the application in the high court after conducting an all-party-meeting, where demands were raised for the withdrawal of the Union Cabinet's decision to lease the airport to Adani Enterprises.

The Centre had said that the state government did not qualify in the bidding process that was carried out in a "transparent manner".

Adani Enterprises had won the rights to run six airports -- Lucknow, Ahmedabad, Jaipur, Mangaluru, Thiruvananthapuram and Guwahati -- through the PPP model after a competitive bidding process in February, 2019. The Kerala State Industrial Development Corporation had taken part in the bidding.

"The contention of Kerala...is that the attempt on the part of the Airport Authority to grant right of Operation, Management and Development of Thiruvananthapuram Airport, to a private party... who has no previous experience in managing airports, is not in public interest and is violative of the provisions of the Airport Authority of India Act, 1994," the plea said.

It said the chief minister had offered to take the project at the rate at par with what was quoted by the Adani group firm.

"The high court erred in holding that there can be no claim of promissory estoppel as no promise has been extended by the Central Government or Airport Authority of India at any point of time," it said.

"It is submitted that the second respondent (ministry of civil aviation) assured the State of Kerala that there would not be any privatization of Thiruvananthapuram Airport and that a Special Purpose Vehicle with state government and financial institutions as partners could be created with the value of the state's property as the state's share," the plea said.

Last year, the high court had dismissed the petition challenging the decision, terming it as "not maintainable" under Article 226 of the Constitution.

The state government then filed an appeal before the Supreme Court challenging the high court order. The apex court set aside the judgement of the high court and the matter was remanded to it for a decision on merit.

Referring to the top court's directive, the state government had said, "All further proceedings in relation to grant of lease with regard to operation, management and development of Thiruvananthapuram international airport to Adani Enterprises Ltd, is to be stayed pending disposal of the aforementioned writ petition." 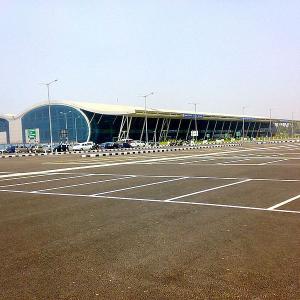