The Kerala high court on Tuesday declined to interfere with the decision of a Christian woman to marry a Muslim leader of the Democratic Youth Federation of India, a decision which stirred a political storm in the state after her relatives alleged "love jihad", as she categorically told the court that she has not been illegally detained and she was not interested in speaking to her family at present. 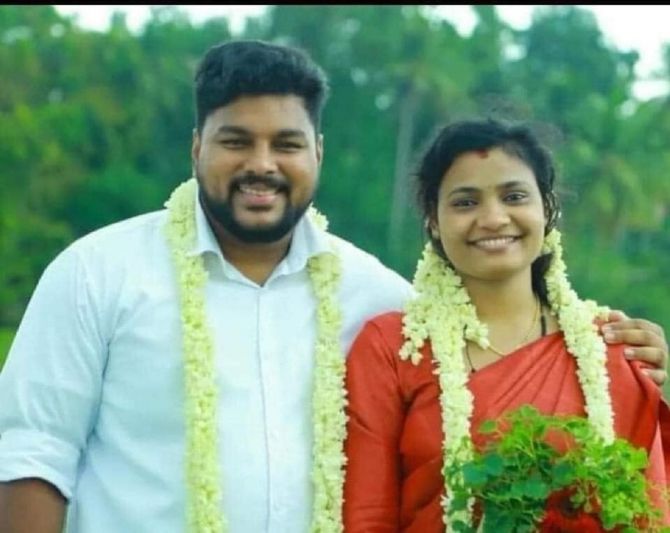 A bench of Justices V G Arun and C S Sudha, after interacting with the woman, Jyotsna Mary Joseph, said, "She has categorically stated she has decided to marry Shejin out of her own free will and not under any compulsion.

"She has also stated that as of now she was not interested in interacting with her parents or family and will do so at a later stage," the court noted in its order.

It also told the woman's family that she has said she intended to visit them after her marriage, for which an application under the Special Marriage Act has been moved and is pending consideration, and not before that.

The bench told the family that while it understands their concerns, their daughter was a 26-year-old woman, who was a nurse in Saudi Arabia, and capable of making her own decisions.

"She has taken a decision and she is not deviating from it. It is her will and pleasure. She is not willing to speak to her parents now, so how can we compel her to do so," it said.

The woman's father, Joseph, had moved a habeas corpus plea alleging that his daughter had been illegally detained and seeking directions to the police to produce her before him.

He had also told news channels that since the day his daughter left her home, she has not spoken to any of them and therefore, he believed that she was being restrained against her will by the DYFI leader.

Joseph had also said that he lacked faith in the Kerala police to look into the matter and wanted an agency from outside the state, like the CBI or NIA, to investigate what had happened.

The interfaith relationship stirred up a political storm after the woman's relatives alleged "love jihad", with a senior Left party leader supporting the charge, only to retract his statement later.

The CPI-M, thereafter, made it clear that there was nothing unnatural in interfaith marriages and the campaign of 'love jihad' was a creation of RSS and Sangh Parivar.

'Love jihad' is a term used by right-wing outfits to claim that Muslim men lure women from other faiths to convert them into Islam.

The couple had denied the allegations of her family.