Altogether 97 people have died in rain-related incidents since the second spell of monsoon fury got unleashed on August 8.

The murderous weather has claimed 55 lives in the last two days alone.

Dramatic videos showed people stranded atop flooded homes and hills being winched up by navy choppers.

Modi was expected to reach Kochi on Friday after attending the funeral of former prime minister Atal Bihari Vajpayee, he told reporters.

The funeral of Vajpayee, who passed away on Thursday, has been scheduled for 4 pm on Friday in Delhi. 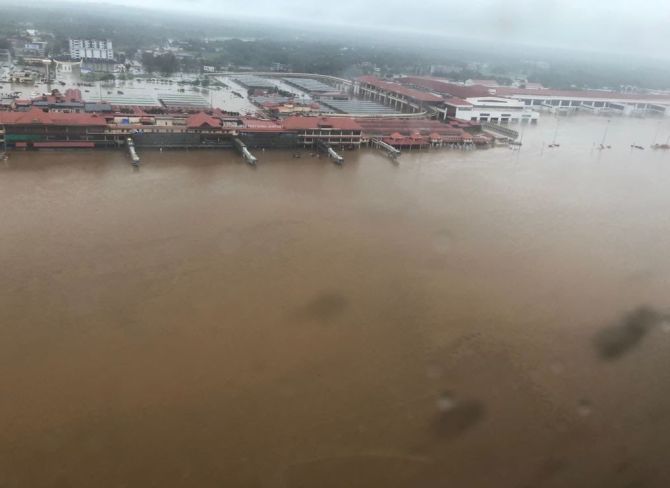 IMAGE: This is what Kochi airport looks like following heavy rains. Photograph: ANI

After an overnight stay at Kochi, the prime minister will undertake an aerial survey of the flood affected areas on Saturday, Alphons said.

Modi has already been in touch with Chief Minister Pinarayi Vijayan and had assured all assistance.

Under instructions from Modi, the defence ministry rushed in fresh teams of the three wings of military for relief and rescue operations in the state where over 1.5 lakh homeless and displaced people are taking shelter in relief camps.

All but one of the state's 14 districts are on high alert, sources said.

Modi spoke to Kerala Chief Minister Pinarayi Vijayan again on Thursday morning and assured him of all central help in tackling the situation.

"We discussed the flood situation in the state. Have asked defence ministry to further step up the rescue and relief operations across the state. Praying for the safety and well-being of the people of Kerala," Modi tweeted. 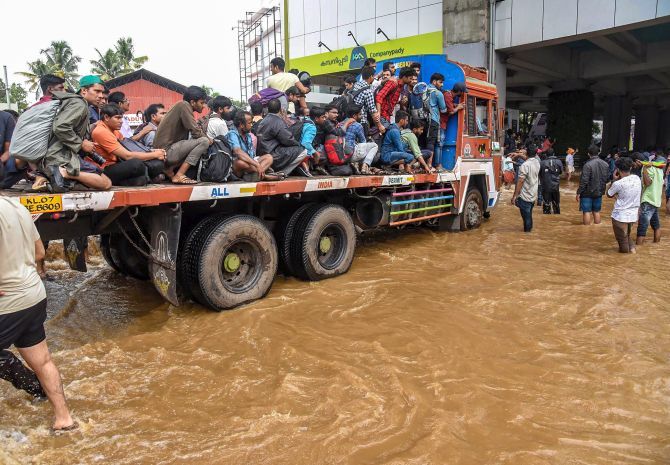 Twelve additional teams of of the National Disaster Response Force comprising about 540 personnel were also rushed to Kerala.

The National Crisis Management Committee, the country's apex body for handling emergency situations, met in New Delhi to take stock of the rapidly deteriorating situation caused by the worst floods the state has witnessed in close to a century. The meeting chaired by Cabinet Secretary P K Sinha was attended by chiefs of the three services, secretaries of home, defence and other top officials.

Taking note of the gravity of the situation, the Supreme Court ordered the disaster management panel of the Mullaperiyar Dam to urgently decide on lowering the water level by three ft to 139 ft.

The directive came after Vijayan wrote to his Tamil Nadu counterpart K Palaniswami seeking release of water from the over 122-year-old dam to ensure its safety. The dam in Kerala's Idukki district is owned and maintained by Tamil Nadu.

The Kochi International Airport on Thursday extended the suspension of all services up to 2 pm on August 26, with large parts of the facility flooded.

"Kochi Airport operations is temporarily suspended up to 2 pm on August 26 due to very high flood situation and key essential facilities like runway, taxiway and apron are under submerged condition," an airport statement said. 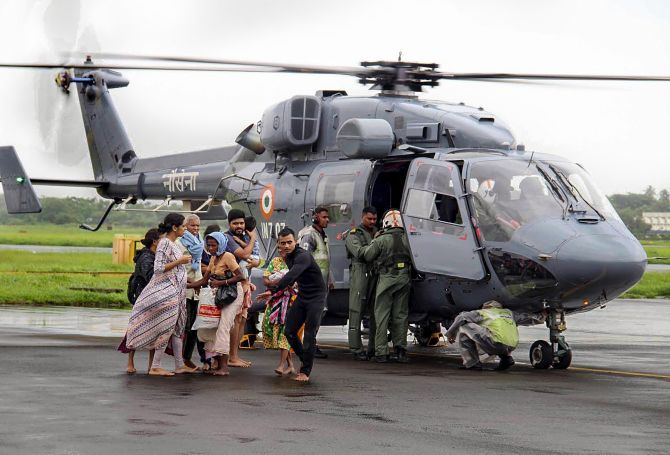 Services on the Kochi Metro were halted for a few hours as water levels rose in the Muttam yard, before resuming in the evening.

Train services were also hit due to flooding. Over 25 trains were either cancelled or rescheduled, a Southern Railway statement said.

As water levels rose to the height of double-storeyed buildings in some towns and villages in central districts, hundreds of people, including children and elderly, sought refuge on rooftops, and took to social media to make desperate pleas for evacuation and relief.

Newborn babies and patients in intensive care units of private hospitals in Aluva town of Ernakulam district were evacuated and shifted to facilities elsewhere. 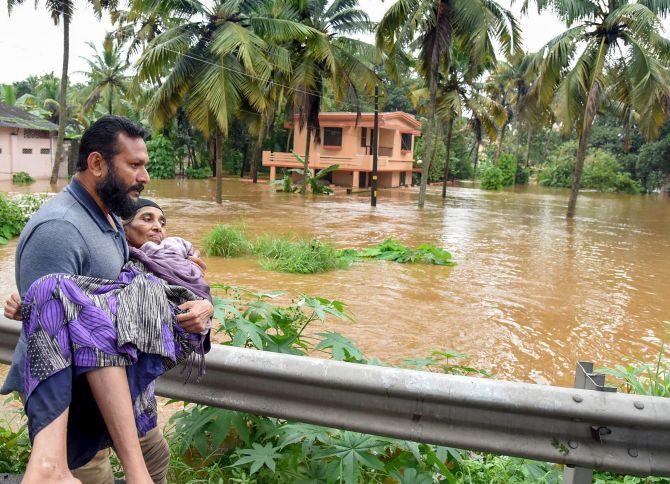 According to some reports, around 200 patients were stranded at a hospital in Muvattupuzha after rain water swamped the building.

"This sort of a situation has never been faced by the state. We are doing all that is humanly possible and rescue efforts are going on," Vijayan told a press conference in Thiruvananthapuram, asking people not to panic but take all precautions to keep themselves safe.

The state cabinet met and decided to raise excise duty on Indian Made Foreign Liquor till November 30 to mop up additional resources for relief and rehabilitation efforts, official sources said. 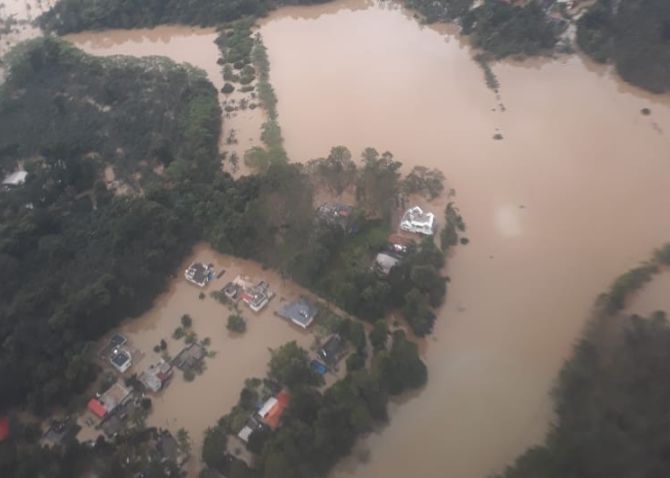 TV channels broadcast a video shared by a Christian priest seeking food and water for about 1500 people stranded at a religious centre in Muringur.

Hundreds of students were marooned at the Sree Sankaracharya University of Sanskrit in Kalady near Kochi.

As woes rained on Kerala, able-bodied men and women were seen wading through chest-deep water carrying children on their shoulders in a bid to escape the flood fury.

Roads and bridges have caved in and developed cracks in many placesmaking rescue efforts difficult.