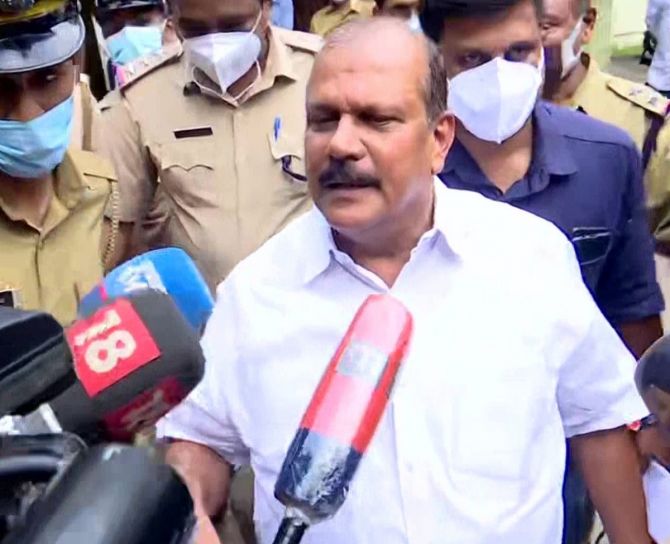 George was arrested on Wednesday after a magisterial court in Thiruvananthapuram cancelled the bail granted to the veteran politician in a case accusing him of making a hate speech against Muslims on April 29.

Earlier, in the same case, police had arrested George on May 1 for allegedly making a communal speech against Muslims while addressing the 'Ananthapuri Hindu Maha Sammelanam' on April 29.

However, he was given bail on the same day itself.

Subsequently, on May 10, another case was registered against him at Palarivattom police station in Ernakulam on charges of hate speech related to another event in Kochi.

He was arrested on May 25 for violating the bail conditions in the Thiruvananthapuram hate speech case.