A Kerala court on Wednesday directed the police to lodge an FIR on the complaint moved by two Youth Congress workers accusing Left Democratic Front convener EP Jayarajan and two others of allegedly assaulting them when they shouted slogans against Chief Minister Pinarayi Vijayan onboard an aircraft after it landed in Thiruvananthapuram. One of the lawyers representing the two Youth Congress workers confirmed that the court of judicial first class magistrate in Thiruvananthapuram directed the Valiyathura police to register an FIR.

The two YC workers -- Farzeen Majid and RK Naveen Kumar -- in their plea have sought registration of an FIR against Jayarajan, the CM's personal security officer Anil Kumar and his personal assistant Suneesh VM for allegedly assaulting them in the aircraft when they shouted slogans against Vijayan in connection with a gold smuggling case.

Following the incident last month, the two protesters and another YC member were booked for attempt to murder by the Kerala police.

In that case, the FIR said due to political enmity, the three accused -- Majid, Naveen Kumar and Suneeth Kumar -- conspired to kill the chief minister and boarded the flight from Kannur to Thiruvananthapuram.

The case was registered against three YC workers under various sections of the Indian Penal Code, including 120B (conspiracy), 307 (attempt to murder) and 332 (voluntarily causing hurt to deter public servant from his duty), the police had said.

Majeed told PTI that they too had made a complaint against Jayarajan and the two others, but they decided to approach the court as no action was taken by the police.

On Tuesday, the issue took a dramatic turn with the police arresting Congress leader K S Sabarinadhan for allegedly hatching the conspiracy behind the aircraft protest.

However, the same day, a Kerala court granted him bail.

On Monday, private airliner Indigo, onboard whose aircraft the incident had occurred, had imposed a three-week flying ban on Jayarajan and a two-week ban on Majid and Naveen Kumar.

Irked by the ban, the LDF convener said neither he nor his family would ever travel by that airline.

On the very next day, an IndiGo bus, operating in the Karipur airport, was fined by the state motor vehicle department for defaulting on payment of road taxes. 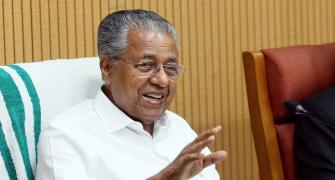 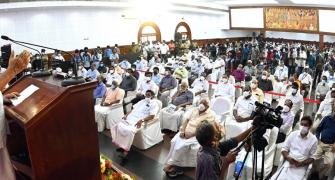 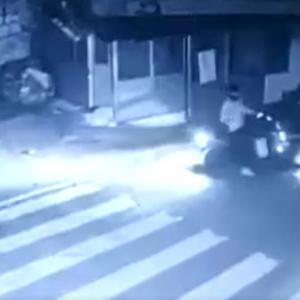