A vigilance court in Thiruvananthapuram on Wednesday posted to January 25 the trial in the Palmolein import graft case, in which former chief minister and Congress stalwart late K Karunakaran and Central Vigilance Commissioner P J Thomas figure in the list of accused.

When the case came up on Wednesday, the public prosecutor informed the court that first accused K Karunakaran was no more and he would file a report in this regard soon. As per information, the Supreme Court had on Tuesday vacated the stay on the trial of the Palmolein case, he said.

The case relates to loss to the tune of Rs 2.32 core allegedly caused to the exchequer by the import of Palmolein in 1991-92 when Karunarakan was the chief minister and P J Thomas the food secretary and a member of the Board of the Kerala State Civil Supplies Corporation.

Thomas figures as the eighth accused in the chargesheet filed by the Vigilance and Anti-corruption Bureau in 2003. According to the chargesheet, filed under the Prevention of Corruption Act and the Indian Penal Code, the accused caused the exchequer a loss of Rs 2.32 crore by importing Palmolein through a Malaysia-based firm at exorbitant rates. 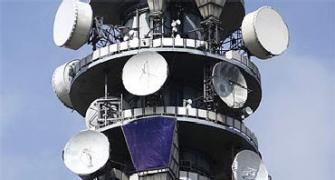