Love knows no bounds, not even nature's fury.

Sailing along in a large cooking vessel through the flooded streets, a health worker couple from the district beat all odds to exchange their wedding vows on Monday in Kerala's Alappuzha, keen not to miss the special occasion to usher in a new chapter in their life. 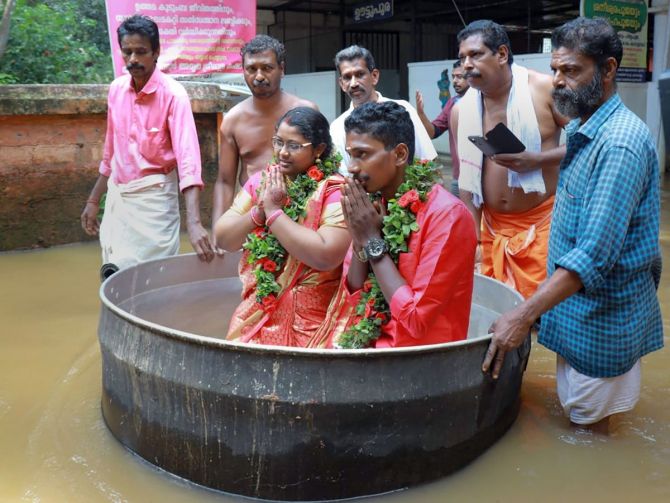 IMAGE: Couple Akash and Aishwarya wade through a waterlogged area in a large cooking vessel before their marriage in Alappuzha. Photograph: PTI Photo

The couple's love story came as a pleasant news for the rain-battered Kerala, which has seen tragedy unfold in the last two days that was marked by the despair of death, with bodies being found following the heavy downpour and landslides.

For the newlyweds -- Akash and Aishwarya -- a large aluminium vessel doubled up as some kind of a boat to transport them to the venue where the wedding was slated to take place.

Akash, speaking to PTI, said theirs was an inter-caste relationship which was opposed by an uncle of Aishwarya and therefore, they had a registered marriage on October 5.

Subsequently, they decided to get married as per Hindu rites without much delay, but most of the temples near his home at Thakazhy in Alappuzha were accepting bookings 15 days in advance.

Finally, they found a temple at Thalavady which agreed to host the ceremony on Monday, he said, adding that it was supposed to be a small event attended only by close friends and family.

However, thanks to their journey in a cooking vessel to the wedding hall, now everyone knows about the marriage, Akash said, excited about how the entire episode turned out and the fame that has come with it.

He said on Sunday someone from the temple had called him up asking whether he was willing to postpone the wedding as the venue was filled with water.

But both of them are health workers who are on COVID duty and were unsure when they would get a holiday next to get married. Therefore, they decided not to postpone it and the temple authorities said they would make the necessary arrangements to ferry them to the venue.

On Monday, when they reached Thalavady, people were ready with the cooking vessels, which belonged to the temple, to ferry the bride and groom and also the few family members who came with them.

Akash said it was the only option available at such short notice.

With two men holding the cooking vessel for stability, Akash and Aishwarya sat down inside it, and with a cameraman in front, set forth to the venue.

Akash said he was comfortable travelling in the vessel as it was used for transportation in the Kuttanad area, as this region is also called, where he had grown up.

During the 2018 floods, this cooking vessel had seen extensive use as a mode of rescuing and transporting those stuck in their homes.

Entering wedlock in a flooded hall adjacent to the temple the couple were joined by a small group of relatives.

The couple told reporters -- who were covering the rising water levels in the district and had arrived at the hall after hearing about the nuptials -- that due to COVID-19 they had kept the invitees to the minimum.

They said since they had scheduled the wedding for Monday, they decided to go ahead with it as it was an auspicious event and did not want to delay it any further.

When they arrived at the temple a few days ago, there was no water, but it was flooded following the heavy rains in the last two days.

Akash and Aishwarya are working at a hospital in Chengannur in Alappuzha. 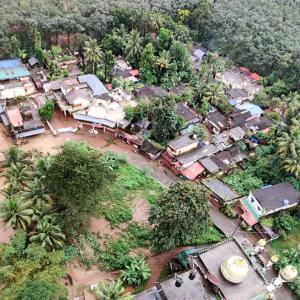 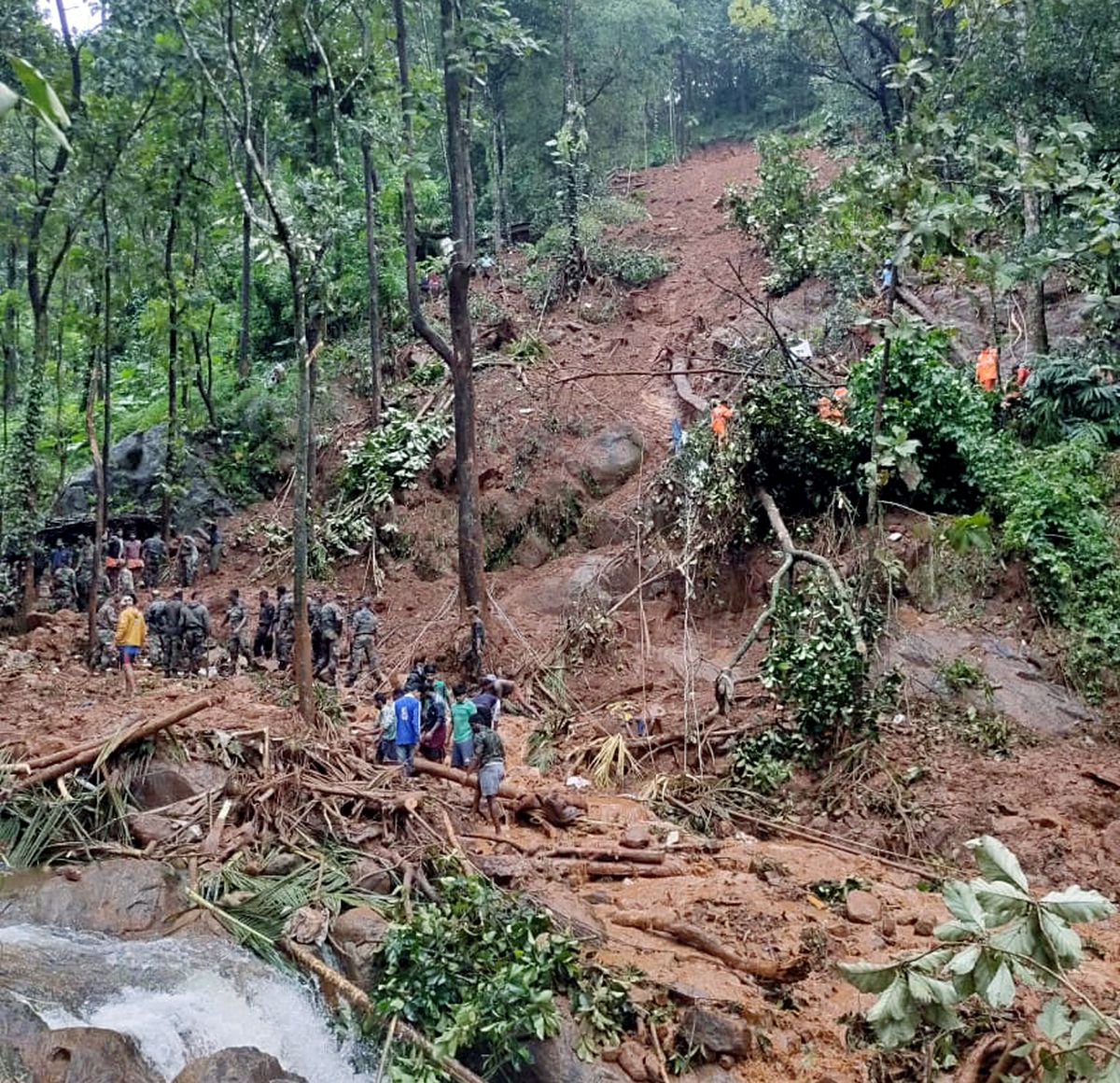