A special session of the Kerala Assembly is being convened on Wednesday to discuss the three contentious central farm laws and pass a resolution against the acts, whose repeal is being insisted by farmers agitating at the borders of Delhi for nearly a month. 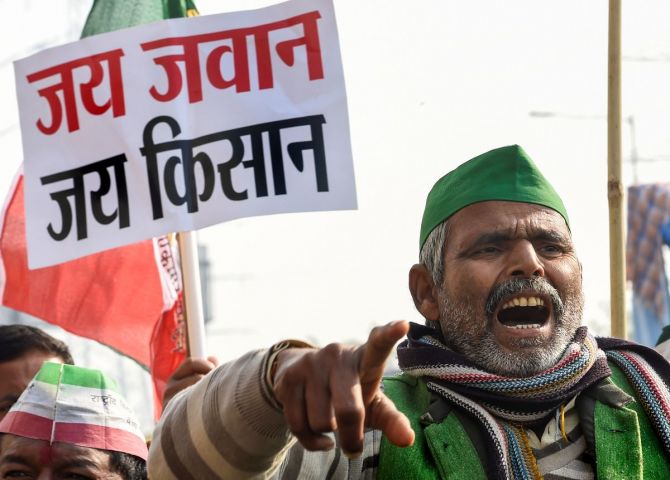 The decision to convene the special session on the laws was taken by the Communist Party of India-Marxist led Left Democratic Front government at a Cabinet meeting presided by Chief Minister Pinarayi Vijayan on Monday, official sources said.

Finance Minister Thomas Isaac in a tweet said Kerala was in 'total solidarity' with the farmers' struggle and the session would discuss and 'reject' the laws.

'The cabinet has decided to recommend to the Governor to convene a special session of the assembly on December 23.

'The session has been called to discuss the threeagricultural laws against which farmers have held country-wide agitations,' a press statement issued by the Chief Minister's Office said.

Assembly sources said the brief session will discuss the three agricultural laws enacted by the centre and pass a resolution against them.

Only leaders of the respective parties in the House will participate in the discussion.

Isaac in his tweet said: 'Kerala cabinet decided to convene a special session of the legislative assembly on 23rd December before the scheduled session to discuss and reject the controversial farm laws. Kerala in total solidarity with the farmers' struggle.'

The special session is being convened in the backdrop of thousands of farmers, especially from Punjab and Haryana, camping at various borders of Delhi for almost four weeks demanding the repeal of the three agricultural laws as their talks with the government representatives remained deadlocked.

The farmers are apprehending that the new laws will pave the way for a dismantling of the minimum support price (MSP) mechanism and the mandi system, leaving them to the 'mercy' of big corporates, which the union government insists are misplaced.