Former chief justice of Delhi high court A P Shah, who was named by Arvind Kejriwal as an internal Lokpal of India Against Corruption, on Saturday termed the Jan Lokpal Bill drafted by erstwhile Team Anna as "too draconian".

Addressing a conference of state Lokayuktas, Shah favoured setting up of a strong Lokpal to contain corruption in the country but criticised the Jan Lokpal Bill, saying certain provisions of it were not within the limits of the Constitution.

"We should have a strong Lokpal. There is no doubt about it. But I am not suggesting something like the Jan Lokpal as envisaged by Kejriwal because it is too draconian and most of the provision I personally feel are not within the limits of the Constitution," he said.

In October, Kejriwal had announced setting up of a three-member panel of retired judges to probe allegations of wrongdoings against prominent IAC members Prashant Bhushan, Mayank Gandhi and Anjali Damania.

In his address, Justice Shah said the Lokpal and Lokayukta Bill, 2011, which was passed by the Lok Sabha, has several lacunae and it will not help in effectively dealing with corruption.

A Rajya Sabha Select Committee is currently examining the Bill and is likely to give its report in the winter session of Parliament.

Giving an example of the shortcomings in the Bill, he said as per a provision, the preliminary investigation wing of the Lokayukta will carry out a preliminary inquiry upon receiving a complaint against a government officer or a minister and comments will be sought against the respondent.

"Suppose the Lokayukta receives information that a particular bureaucrat has stashed money abroad or kept unaccounted money in some bank account. In that case is he going to be called and for his explanation," he said.

Shah said powers vested with most of the existing Lokayuktas are recommendatory in nature.

He asked the anti-corruption watchdogs to approach the court if their orders are not followed by the state governments.

At the conference, a number of Lokayuktas -- including those from Uttar Pradesh, Haryana, Andhra Pradesh and Jharkhand -- spoke about further strengthening the institution to deal with increasing cases of graft. 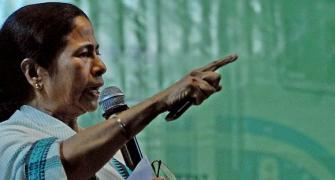 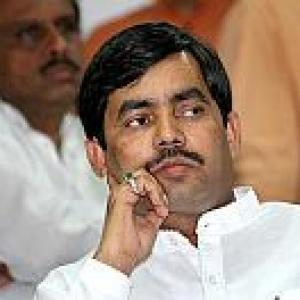 'Kejriwal will end up like a fused bulb in politics'