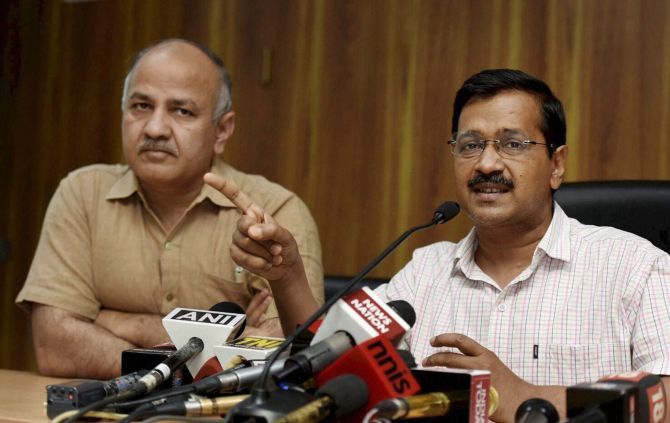 The Delhi Police on Monday filed its chargesheet before a court in connection with the alleged assault on Chief Secretary Anshu Prakash in February in which Chief Minister Arvind Kejriwal and his deputy Manish Sisodia were named as accused.

The final report was filed before Additional Chief Metropolitan Magistrate Samar Vishal who put up the matter for consideration on August 25.

The Delhi Police had on May 18 questioned Kejriwal for over three hours in connection with the alleged assault.

Prakash was allegedly assaulted during a meeting at Kejriwal’s official residence on February 19. The police said the chief minister was present when the alleged assault took place.

The police had already questioned the 11 MLAs present at the chief minister’s residence for the meeting. Two of the party MLAs -- Amantullah Khan and Prakash Jarwal -- were arrested in the case.

The alleged assault on the chief secretary had triggered a bitter tussle between the Delhi government and its bureaucrats.