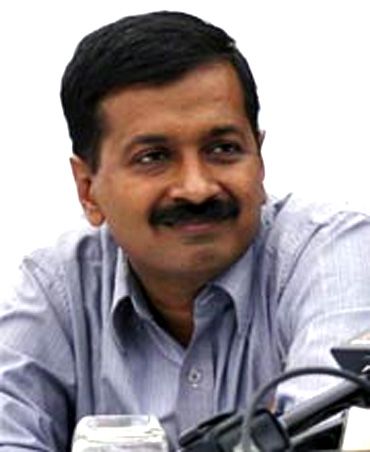 A section of the Twitterati attacked Delhi Chief Minister Arvind Kejriwal for posting a cartoon which shows a Hanuman-esque figure assuring Prime Minister Narendra Modi that public attention has been diverted towards Jawaharlal Nehru University from other pressing issues.

Kejriwal posted the cartoon, published in a leading national daily, on his Twitter account. Within minutes, #Kejriwalinsultshanuman started trending.

A person lodged a police complaint against the Delhi CM in Hyderabad seeking “appropriate action” against him for “hurting religious sentiments”.

The point of contention appeared to be a character sporting a tail which can be seen flying towards Modi while assuring him, “Done Sir, all attention is on JNU”. The PM is shown standing amid raging fires over several socio-economic and security issues.

Amit Malviya, in-charge of Bharatiya Janata Party’s national IT department, tweeted, “If Kejriwal is benchmarked to the logic seculars applied after the Charlie Hebdo act, he should be at least in jail. #KejriwalInsultsHanuman”.

Delhi BJP president Satish Upadhyay condemned Kejriwal for “hurting the sentiments of crores of Hindus” by portraying their revered Hanumanji in “bad taste”.

“We feel that this bad portrayal has been intentionally done to please the Leftist section, which is responsible for anti-national propaganda at JawaharlalNehruUniversity,” he alleged.

“Kejriwal must immediately apologise to the nation, especially to Hindus, for hurting the religious sentiments,” he said. 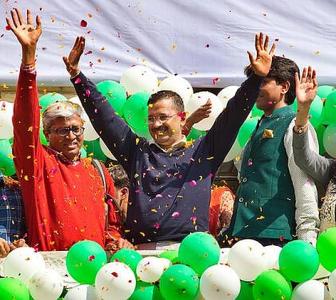 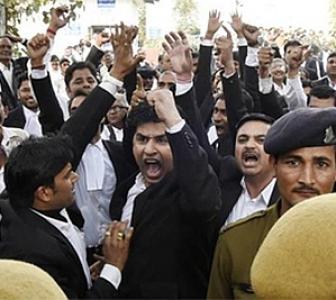 'Was there a murder', asks Rijiju on police 'inaction' during court violence 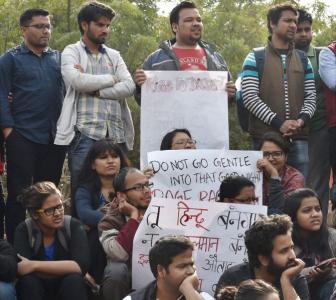 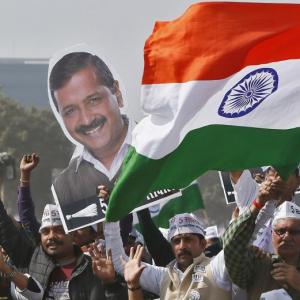 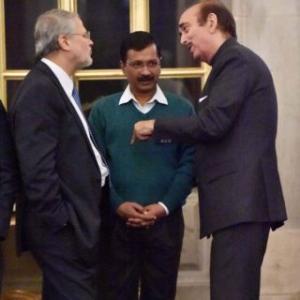