Delhi chief minister Arvind Kejriwal on Friday said that the Aam Aadmi Party government has set up nine shelters for the riot-affected people and will start distributing Rs 25,000 in cash as immediate relief from Saturday to those whose houses have been burnt in the violence.

Addressing a press conference, Kejriwal said that people with serious injuries would be shifted to private hospitals for treatment in case they are not getting proper medical facilities in government hospitals due to rush of patients.

He said that compensation form will be issued to victims.

For assistance of the violence-hit people, Kejriwal said the government has appointed 18 magistrates and four night magistrates.

"Night magistrates can coordinate relief and rehabilitation activities in any emergent situation at any time, along with measures like fixing street lights to ensure the security of residents at night," he said.

The government is providing food and water and necessities to people on a larger scale, he said, requesting people to provide relevant information on whether someone in the affected areas needs food and amenities.

The government is getting support from NGOs, RWAs in providing relief to the riot-affected areas, the chief minister said.

The process of providing immediate relief or ex-gratia of Rs 25,000 in cash to every household in case of the substantial or total damage will begin from Saturday.

"The balance cheque will be provided to them after proper assessment is done by the PWD. Any NGO, social organisations and individual donors who would like to contribute to our relief and rehabilitation activities can contact the office of District Magistrate North East," he said.

"The Delhi government will assess the situation and if needed, patients with serious conditions and injuries will be shifted to private hospitals for proper treatment," he said.

Deputy chief minister Manish Sisodia said that a compensation form will be issued on behalf of the Delhi government.

A mobile application will also be developed where citizens can lodge details of the loss of property, loss of vehicles, damage to the business and details of injury and death.

A compensation form will be issued seeking all details of victims of the riots so that timely compensation is provided to them. "Any citizen can submit the form in the North East DM office physically, or through the app," he said.

The government will ensure quick verification and assessment of the details to provide immediate ex-gratia amount of Rs 25,000, Sisodia said, adding that the full compensation amount will be provided after 2-3 days. 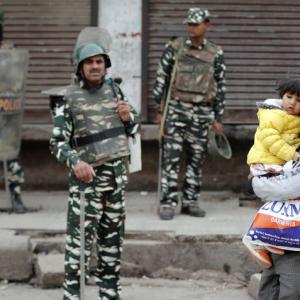 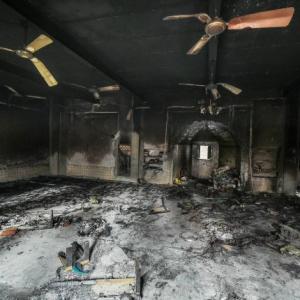