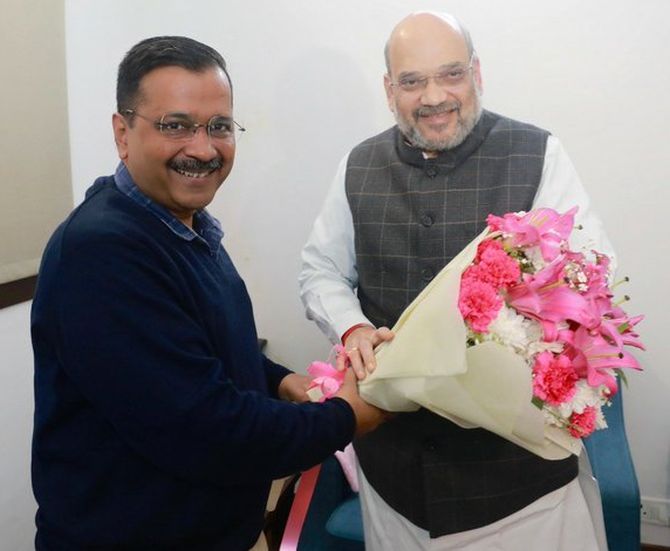 Taking to Twitter, Kejriwal said both of them agreed that they will work together for the development of the national capital.

"Met Hon'ble Home Minister Sh Amit Shah ji. Had a very good and fruitful meeting. Discussed several issues related to Delhi. Both of us agreed that we will work together for development of Delhi," Kejriwal tweeted.

It was the first meeting between the two leaders since Kejriwal took oath as the chief minister of Delhi for the third consecutive time on Sunday.

"The central and state government will work together on various matters, including women security, to avoid any differences in approach, as there is a major division of power and responsibilities when it comes to the functioning of departments in Delhi," he said.

Asked whether there was any discussion on Shaheen Bagh, where hundreds of people have been protesting against the Citizenship Amendment Act, Kejriwal said there was no such talks during the meeting.

Shah had led the Bharatiya Janata Party offensive against Kejriwal in the Delhi assembly polls in which th Aam Aadmi Party trounced the saffron party, bagging 62 of the 70 seats.