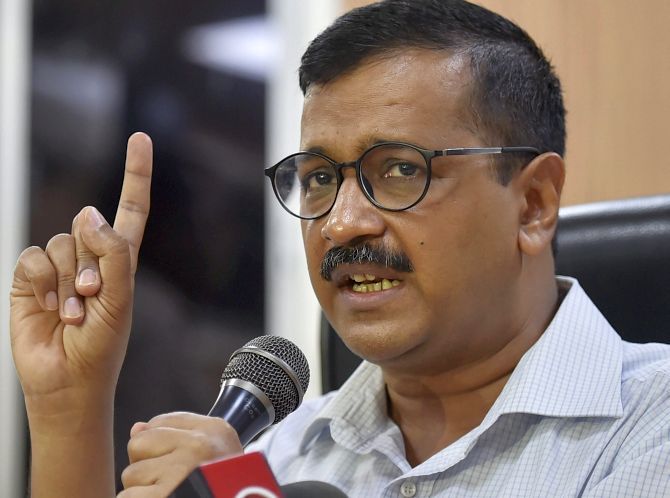 Delhiites will now get 40 government services, including driving licence and marriage registration certificate, home-delivered, with Chief Minister Arvind Kejriwal on Monday launching the doorstep delivery of public services, which he said is a “revolutionary change in governance”.

Kejriwal said 30 more services will be included in the project in the next one month and the number will rise to 100 in two-three months.

The chief minister said the Aam Aadmi Party government wants to set up a model through home delivery of services for the entire country and the world.

In the first phase, the AAP government will provide 40 services such as caste certificate, driving licence, ration card, birth certificate, marriage certificate, water connection at the doorstep of Delhiites.

The services will be provided for an extra fee of Rs 50.

“It is a revolutionary work in governance. Delhiites will now not need to stand in queues in government’s department.

“It will save people’s time. Citizens will also not need to pay money to touts to get their work done,” Kejriwal told reporters.

He appealed to the media to highlight discrepancies in the implementation of the scheme so the government can ratify them in the next 10-15 days.

At the event attended by all cabinet ministers and senior officers, Kejriwal said the government is spending Rs 12 crore on the implementation of the doorstep delivery of services.

The Aam Aadmi Party government had proposed doorstep delivery of services earlier this year and had accused Lieutenant Governor Anil Baijal of stalling it.

However, a five-judge Constitution Bench had on July 4 laid down broad parameters for the governance of the national capital, paving the way for the government to proceed with the scheme.

“I hope we will be able to overcome all hurdles and soon home delivery of ration will also become a reality,” Kejriwal tweeted.

The government has hired a private company -- VFS Global Services Pvt Ltd -- through which its services will be provided at the doorstep of citizens.

After police verification, 66 mobile sahayaks (facilitators) have so far been hired through the company to set up a call centre.

The company’s head of operations, Manpreet Singh Arora, said Delhi has 11 districts which will have 6 mobile sahayaks and one supervisor each.

Arora said that more mobile sahyaks will be hired and police verification for them is under process.

Mobile Sahayak will be equipped with all necessary equipment such as biometric devices and a camera.

As per the plan, if a person wants to apply for driving licence, he or she will have to call at 1076 and give the details.

Thereafter, the agency will assign a mobile sahayak, who will visit the applicant’s residence and get the required details and documents.

The government has also set up a feedback system for the citizens availing doorstep delivery of public services.

Delhi has witnessed a power struggle between the Centre and the AAP government since the party came to power in 2014. The AAP has often accused the LG of stalling its work at the behest of the Centre.

The apex court in a recent landmark judgment held that Delhi cannot be accorded the status of a state but clipped the powers of the LG, saying he has no “independent decision making power” and has to act on the aid and advice of the elected government.