Separatist outfits in Kashmir have reacted strongly to the arrest of Ghulam Nabi Fai, the executive director of the Kashmir American Council based in Washington, by the Federal Bureau of Investigation.

Terming the arrest of Dr Fai as "unjustified", hard-line separatist leader Syed Ali Shah Geelani said, "The arrest has been made at the behest of the government of India. It is the result of a deep rooted conspiracy to weaken the ongoing movement in Kashmir at the diplomatic level."

Geelani has called on the people to hold peaceful protests after Friday prayers 'to register their anger and put across a clear message that ambassadors of Kashmir's cause cannot be forgotten at any cost'.

Geelani claimed that Dr Fai had been "highlighting the Kashmir issue at the international level for the past 32 years".

He said Fai had recently participated in the OIC meeting in Kazakhstan where he 'successfully projected the Kashmir issue'.

"We have always considered America as a country which respects the cause of Kashmiris and we hope they release Fai soon."

Javed Ahmad Mir, another separatist leader, expressed regret over the arrest. "Dr Fai has been working in America at political and diplomatic levels for a peaceful solution of the Kashmir issue," he said.

"Dr Fai has been highlighting the Kashmir issue for a long time in America and his service to the Kashmir cause is known to everyone," he said. 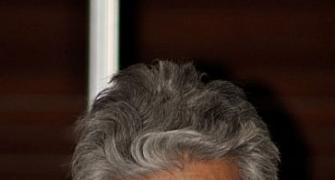 Should the dragon be kept out of Kashmir? 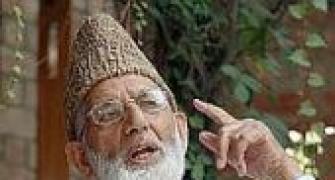 2 Americans held for being 'ISI agents'