Source: PTI
Last updated on: November 19, 2010 21:38 IST
Dileep Padgaonkar, one of the three interlocutors on Jammu and Kashmir appointed by the Centre, on Friday met a group of Kashmiri Pandits who raised concerns over encroachment on their properties in the Valley.

The group said thought of re-evaluation of constitutional and political relationship between the state and the rest of India would have far-reaching consequences for the country.

Padgaonkar went to meet the group at All India Kashmiri Samaj headquarters in New Delhi on Friday where Samaj president Moti Kaul apprised him about the "continued neglect" of the displaced Kashmiri Pandit community. The group said the interlocutor was informed about the "inordinate delay" in the enactment of the temples and shrines management bill in the state legislature, which resulted in encroachments on the land assets of these shrines.

The delegation comprising Samaj vice-president M L Malla, editor-in-chief of Kashmiri magazine Naad A N Kaul among others told Padgaonkar that passage of the bill would give a sense of hope and belonging to the displaced community if the management of these "living civilisational symbols" is given to them.

One of the members Romesh Raina said the physical space left behind in the Valley is squeezing at a fast pace and no visible attempts are being made to stop the displaced community from getting "irrelevant" in Kashmir. He said the best antidote for this would have been to ensure their participation in the mainstream political life of the Valley that would ensure the evolution of a healthy and pluralistic political culture.

Malla talked about the loss suffered by the displaced persons because of the encroachments on their lands and other properties including orchards and the difficulties faced by the affected persons to retrieve their properties from such a distance. He said they should be compensated for the colossal financial losses suffered by them.

The group demanded that a commission should be set up to look into the reasons that led to the migration of Kashmiri Pandits from Kashmir in 1990 because it was an "unprecedented" assault on the community. 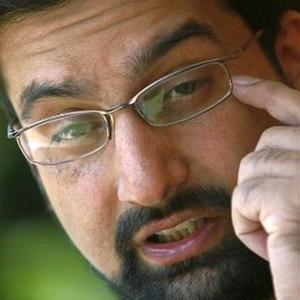 'Message from Kashmir is clear. We want freedom'