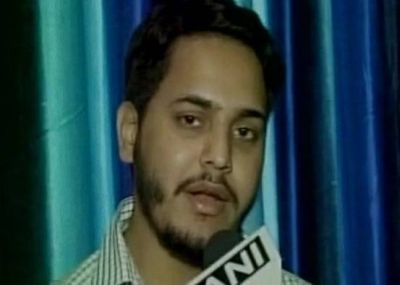 Close on the heels of the murder of Lt Ummer Fayaz in the Kashmir Valley, a Border Security Force Assistant Commandant from Jammu, who had topped the recruitment exam, has written to the government alleging that terrorists are threatening him and his sister.

Nabeel Ahmed Wani, the topper of the All India Examination for BSF Assistant Commandant (Works) last year, said his sister, a civil engineering student in Chandigarh, had been staying in a hostel but the college authorities now want her to move elsewhere.

Wani wrote to Women and Child Development Minister Maneka Gandhi on Sunday (May 14) asking her to arrange for hostel facility for Nida Rafiq.

“She was worried that she would not get a place to say as a Kashmiri, especially with my background. I didn’t want to involve the BSF in a personal matter, so I wrote to the minister,” Wani said over the phone from BSF Training Academy in Tekanpur near Gwalior.

Wani said he has spoken to his seniors in the BSF asking them to allow personnel to carry their arms when they go on leave, especially in militant-affected areas, and also to secure their travel plans home.

He said he will go home for his cousin’s wedding in the next two months.

“People like me and my family members are always under threat from militants. After the murder of Lt Ummer Fayaz, I am scared about my family’s security. My mother lives alone in Jammu while my sister is in Chandigarh. I worry, especially now, as terrorists are targeting our families,” said Wani.

He topped the exam last year around the time the Valley was on the boil following the killing of Hizbul Mujahideen terrorist Burhan Wani.

He had written the mail to Gandhi on May 14 and he got a response the very next day.

“The minister immediately took it up with the college authorities, who have now allowed Mr. Nabeel’s sister to stay in the hostel,” a senior official of the WCD ministry said.

Wani said, “I am now worried for all those Kashmiris who are serving in the army or paramilitary forces. We (Kashmiris) join the forces despite a lot of opposition and now, with this trend of killing Kashmiris serving as soldiers, a sword hangs on all of us. This is very disturbing.”

As for his sister, he is now comforted she will remain safe in the security of her hostel room.

“She is safe for now. Pray for her, she wants to become the first woman from Jammu and Kashmir to serve the Indian Army,” he said. 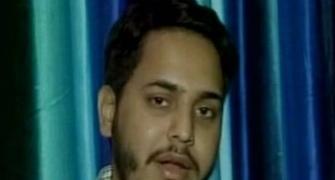