By A Correspondent
September 08, 2010 10:58 IST
Is the Dravida Munnetra Kazhagam apparently disenchanted with the Congress-led United Progressive Alliance government and exploring its fortunes by tying up with former ally the Bharatiya Janata Party, thanks to a little help from Gujarat Chief Minister Narendra Modi?

Tamil Nadu Chief Minister and DMK supremo M Karunanidhi's gesture to send a high-level team led by the state education and archaeological minister Thangam Thennarasu to meet Modi in Gandhinagar on Monday has created a flutter in Congress circles in New Delhi.

The delegation is reported to have conveyed Karunanidhi's greetings to Modi and invited him to join the millennium celebrations of the famous Brahadeeswarar temple of Thanjavur in Tamil Nadu slated for September 25 and 26.

It also sought Modi's help in procuring and restoring in the temple a bronze statue of the famed Chola emperor Rajaraja I who built the temple and died in 1014 AD, as also a statue of his queen Lokamadevi.

Both the statues are currently showcased in Ahmedabad, in the privately managed Sarabhai Foundation-run Calico Museum of Textiles.

Karunanidhi has already written to Modi seeking his help in 'bringing back home' the 11th century statues that were acquired in 1940s by the Sarabhai Foundation trustee Gautam Sarabhai.

According to historian Kudavayil Balasubramaniyan, an inscription found in a mandapam located on the western side of the Brahadeeswarar temple says that Thennavan Moovendha Velan, who was appointed the chief administrative officer of the temple by Rajaraja Chola, had made statues of the emperor and his queen Lokamadevi.

The historian says the descriptions and measurements of the statues mentioned in the inscription match those kept in the Ahmedabad museum.

In Indian Bronze Masterpieces published by the Festival of India in 1988, former Tamil Nadu archaeology director and noted archaeologist Dr R Nagaswamy claimed that the two other bronze portraits in the Ahmedabad museum also relate to the same Chola kingdom.

One is of the royal personage standing with flowers in hand and the other is of the king, both belonging to the age of Rajaraja Chola, circa 1010 AD. 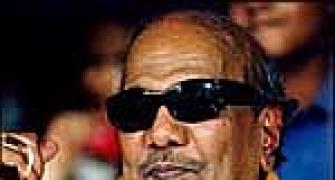 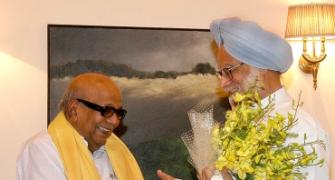 Why can't the Congress force its allies to behave? 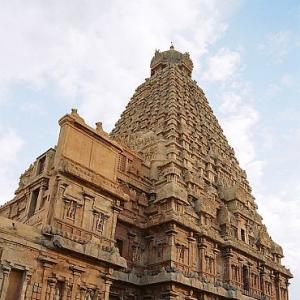 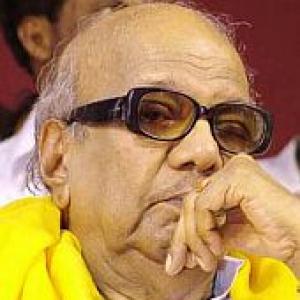 Our alliance with Congress is strong: DMK