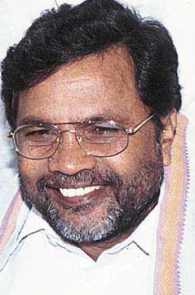 A list of constituencies, which have placed on high alert in Karnataka, has been drawn out by the Election Commission. These constituencies, in which security has been tightened, will see a number of heavyweight candidates in the fray.

Koratagere: Karnataka Pradesh Congress Committee president G Parameshwara is contesting from this constituency.  He is desperate for a win as he is in the race for the post of the chief minister. His chances are tough here, according to current trends.

Varuna: B S Yeddyurappa’s Karnataka Janata Party will give Congress leader Siddaramaiah a tough fight here. However, it appears that Siddaramaiah will emerge a winner, as voters are likely to favour a chief ministerial candidate.

Hubli-Dharwad: This is the constituency of Karnataka Chief Minister Jagadish Shettar. A win is guaranteed for him.

Shimoga: The home district of B S Yeddyurappa has Deputy Chief Minister K S Eshwarappa in the race. He is fighting a tough battle against the Congress, which has a “tie up” with the KJP, say sources. It’s not easy going for the BJP here.

Rajajinagar: This constituency will see the battle between Karnataka Law Minister Suresh Kumar and former BJP leader Shobha Karandlage. The Congress has fielded a weak candidate in Manjula Naidu here and it is believed this has been done to help Shobha of the KJP defeat Kumar.

Mandya: Here rebel star Ambareesh looks for survival. Faced with dissidence and a messy campaign, which even Congress Vice President Rahul Gandhi could not save, it looks like the Congress leader will lose to the Janata Dal-Secular.

Shikaripur: There is no doubt about Yeddyurappa’s victory from this constituency. However, what would be interesting to watch is the margin of his victory. 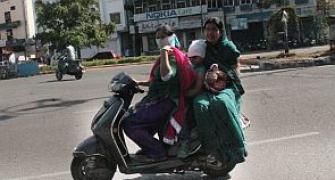 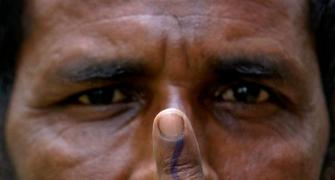 Karnataka: Why YOU must vote on May 5 I will be king, will get absolute majority in K'taka: Yeddy