The Karnataka government has fixed a professional fee of Rs 59.9 lakh a day for the team of senior lawyers, including Mukul Rohatgi, to fight the case pertaining to border row with Maharashtra in the Supreme Court. A law department order said it has fixed the terms and conditions and professional fee to the legal team to represent Karnataka before the Supreme Court in an original suit (number 4/2004) filed by the government of Maharashtra against Karnataka on the border dispute.

Another lawyer Shyam Divan will be paid Rs 6 lakh a day for appearing before the court, Rs 1.5 lakh per day for preparation of the case and other works and Rs 10 lakh for outstation visits per day. The government will bear the expenses on hotel facilities and business class air travel.

The advocate general of Karnataka will be paid Rs 3 lakh a day for appearing in the SC, Rs 1.25 lakh per day for preparing cases and other works, Rs 2 lakh on outstation visits apart from bearing the hotel and business class air travels.

The boundary row had intensified late last year, with vehicles from either side being targeted, leaders from both the states weighing in, and pro-Kannada and Marathi activists being detained by police amid a tense atmosphere in Belagavi.

The border issue dates back to 1957 after the reorganisation of states on linguistic lines.  Maharashtra laid claim to Belagavi, which was part of the erstwhile Bombay Presidency, as it has a sizeable Marathi-speaking population. It also laid claim to over 800 Marathi-speaking villages which are currently part of Karnataka.

Karnataka maintains the demarcation done on linguistic lines as per the States Reorganisation Act and the 1967 Mahajan Commission Report as final.

And, as an assertion that Belagavi is an integral part of the state, Karnataka has built the 'Suvarna Vidhana Soudha', modelled on the 'Vidhana Soudha' in the city. 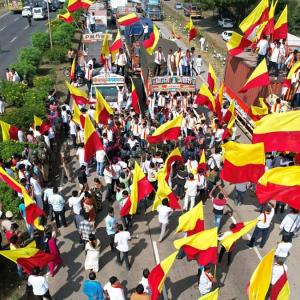 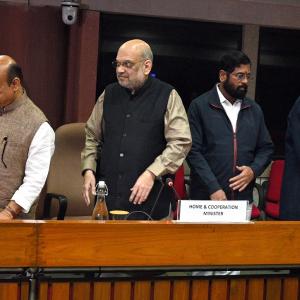